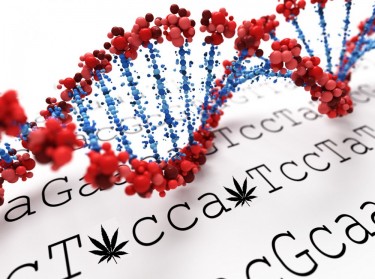 Called the Cannabis Genetic Fingerprint (CGF) system, the technology makes use of genetic sequencing to ID a cannabis plant. Until now, doing so was virtually impossible without measuring numerous subjective parameters such as its lab tested active ingredients, the plant’s physical characteristics such as leaf color and height, stem diameter, and other aspects. These have proven to be faulty and unreliable in the past, which have had serious implications for the use of cannabis as a medical treatment.

The technology is currently undergoing commercialization, which is also referred to as “scale up”, wherein they are working on a larger scale model that would also be more cost-effective for companies to make use of it eventually not just in Israel but around the world too. The process is fairly simple: just provide a leaf then send it to their labs so that the CGF system can analyze and test it.

“This is a necessary step that allows for the first time the creation of a permanent and robust ‘biometric ID card’ for each cannabis strain,” explains Asaf Salmon, the scientific development manager and geneticist for Tikun Olam. He goes on to elaborate how significant the system is, sadding that “determination of the plant’s identity based on its typical DNA enables an independent, reliable and statistically valid identification, more so than any other biological parameter we have had so far. All this is from the fact that a strain’s DNA sequence is the exclusive source of its identity.”

Aside from obvious benefits for medical cannabis treatment, there are other advantages to accurately knowing a plant’s strain such as being able to efficiently register it as intellectual property. It would also protect the ownership rights and breeder’s rights which are involved in registering patents in various countries.

The system is nothing short of game changing, as the cannabis world doesn’t have any existing technology to do so. This is a herculean task considering that there are thousands of existing strains, with more being bred and developed as time goes on all while importance is placed on marketing a product or strain based on its unique genetic capabilities for healing.

How We Can All Benefit From Cannabis Fingerprinting

Cannabis fingerprinting is an umbrella term that refers to the analytical identification of a cannabis strain using one or both of these technologies:

What these do is provide us with a traceable and unique profile for each cannabis strain, much in the same way that human fingerprinting is conducted. Aside from strain profiles, it can also link information from cannabis producers.

The explosion of legal cannabis not just in the United States but globally over the last few years has led to a growth in legal cannabis producers and dispensaries. Given this, it’s not uncommon to come across popular strain varieties in shops across various states that do not share any genetic similarities.

In 2019, a study in the Journal of Cannabis Research which analyzed the genetic markers of over 30 strains obtained in dispensaries from 3 states revealed that there was no real difference found between strains that were labeled Indica and Sativa. Even more shocking was that strains that shared the same name revealed numerous inconsistencies in their genetic makeup.

Additionally, there are already 500 known unique compounds that have been identified within the plant, but most of the research available focuses on CBD and THC, the two most well-known cannabinoids in cannabis. THC is responsible for getting you high, but CBD is known for its excellent anti-epileptic and anti-anxiety benefits among many other numerous therapeutic effects.

But THC and CBD are not the only compounds with therapeutic properties, and cannabis fingerprinting can be a vital way for breeders to come out with strains that meet specific needs of consumers. For example, CBG (cannabigerol) is known for its analgesic and anti-inflammatory properties while terpenes, which give the strains their distinct aroma, also have therapeutic properties.

Since crossbreeding among cannabis plants has been going on for decades, there are so many strains available yet we don’t know for sure what the ratio is of each active compound unless genetic or laboratory testing is conducted.

Consistency Is A Major Issue In The Cannabis Industry

It’s no secret that consistency is seriously lacking in the cannabis industry. It’s the primary product we consume and sell, yet we are unable to have the same consistency in it that we enjoy in other products. For example, with wines we know when we are buying merlot that we are truly getting a wine made with merlot grapes. But there’s no such thing in cannabis just yet, which is why genetic fingerprinting is extremely important.

Third party testing is an efficient way for consumers to know that the cannabis we buy legally is not just consistent but also free from contaminants and contains the potency we are after. Ideally, working on a system that would make cannabis strains consistent is something that the government can do. But because they aren’t doing anything about it, it’s up to the private sector to do so.

For now, we can only rely on cannabis testing in the absence of cannabis fingerprinting as the only way to make sure cannabis strains and products are labeled properly. A formal identification system for cannabis plants would be a breakthrough for producers and consumers. 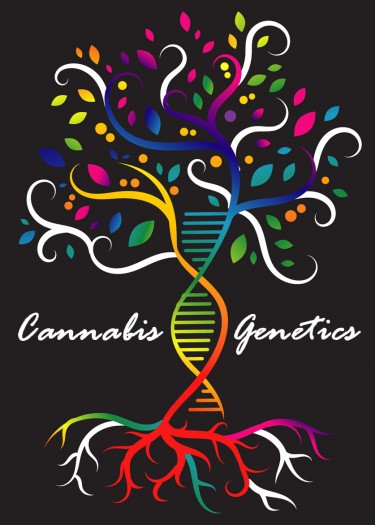 MARIJUANA GENETICS 101 – HOW CANNABIS IS DETERMINED!

Virginia gets real on legalization, aims to move up start date to 2021