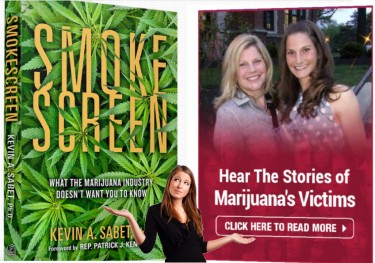 As many of you may have known – I have always been an outspoken proponent of abolishing prohibition altogether. Whether through means of legalization or simply nullifying the entire CSA,  the latter being the preferable option. I have had my qualms with Project SAM for many years now, about their anti-cannabis rhetoric, their lobbying in the White House to pass agendas that serve their own bottom-line, all under the guise of “keeping America Safe from BIG MARIJUANA”

For the most part, I am not battling SAM directly since I’m almost certain I’m not on their Radar. Rather, my intention is to provide my readers with the ammunition to gun down prohibitionist rhetoric because for the most part – the “concerns” outlined by SAM has failed to manifest as they had predicted.

Nonetheless – SAM does have an influence in Washington and has had their hand in many of the drug policies alive today. Fortunately, these days SAM is not as popular as they used to be. SAM’s got lice of the prohibitionary-kind in a society that is evermore interested in freedom of consumption.

The other day, while strolling upon the interwebs I came across an article by Brendan Ruberry published in the CT Mirror. In this article, Ruberry gives the equivalent of a digital-backhand to Will Jones who writes for Project SAM.

Getting you up to speed…

The article I hyperlinked above is one of the latest posts between Ruberry and Jones. This is almost like watching “prize fighters” type their thoughts in an intellectual battle of facts about cannabis legalization. Of course – we don’t know how much impact they actually are having on their readers, but it’s a beautiful exposé between two opposing points of view.

It’s not rocket science to see where I stand on the issue – in fact, I’m sure that many proponents of legalization would infer that my position on the “drug issue” is a tad bit “too liberal”. This is because I believe that the government has no right to regulate what goes into your mouth and your body if you are a consenting adult.

This is my primary argument for all drug legalization. The concept of “physical ownership” far outweighs the idea of “harm and risk” which is essentially the crux of the debate between Ruberry and Jones. Where they are arguing about whether or not smoking certain weed causes X symptom, I am simply pointing out that we – as a society – do not feel the need to regulate people’s eating habits.

We allow folks to decide what they eat – even if it’s bad for them. Just research sugar and you’ll find that it sits comfortable in the center of many diseases as a primary cause – and is as addictive as cocaine. Yet we feel no reprisal of selling it to the obese in virtually everything they purchase.

If Covid didn’t give people a wake-up call about having a healthy diet, one would think that the government would need to step in and “ensure that people are healthy”. After all -The estimated annual health care costs of obesity-related illness are a staggering $190.2 billion or nearly 21% of annual medical spending in the United States. [Source]

Since Obesity places such a heavy strain on the medical system – people should rally behind the idea of forced dietary plans for the Obese. After all – it’s for THEIR SAFETY!

You see where I’m going with this? For some reason, society has come to accept that “Drugs must be regulated” completely ignoring the fact that the individual is always the highest authority over their own body. Anything less means you live under the “illusion of Freedom” and not Freedom itself.

This concept is far more important than any potential risks of drug use could ever have – by giving the government the power to regulate our consumption habits – we essentially undid every revolution and opted in for a new form of slavery – Medical Tyranny.

Ruberry vs Jones – the Conclusion

This bout is still not over. I’m sure that Jones will respond to Ruberry and the engagement will continue. Within the chaos – there is actually a lot of good information to be obtained, such as understanding the mind of a prohibitionist and exactly just how full of shit they really are.

While I still maintain that the inherent risks of any consumable is an irrelevant point of view when compared to the notion of whether we are “free” or have in fact become enslaved by policy once more. It still is refreshing to read other people tackle the beast known as SAM, with its prohibitionist tentacles attempting to find more support in Washington.

Their position has lost favor in the mind of the public, but that doesn’t make them any less dangerous. Where Ruberry attempted to stick to the facts – I can say without batting an eye, “Go Fuck yourself SAM!”

KEVIN SABET, WHO IS HE? READ MORE.. 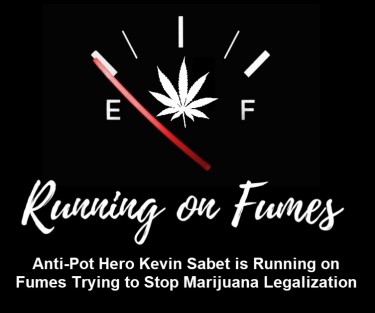 ANTI-POT HERO KEVIN SABET IS RUNNING OUT OF IDEAS TO STOP WEED! 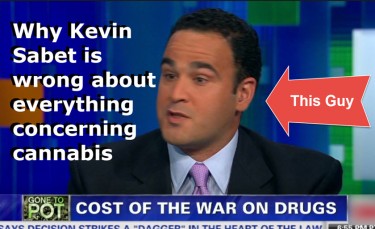