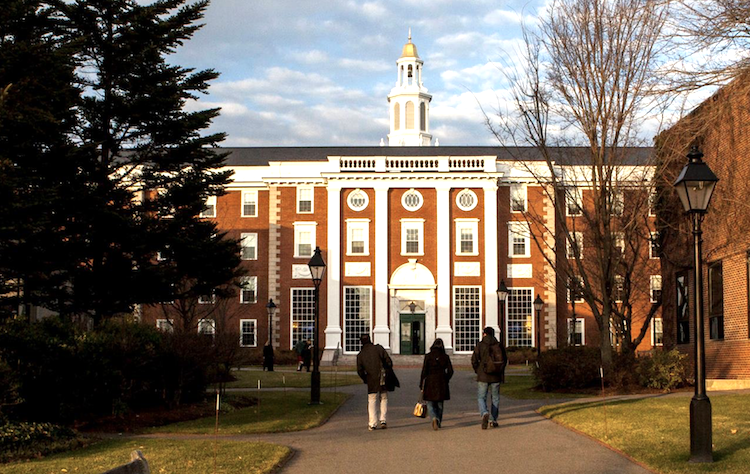 Harvard Law School is planning to open the first US policy center focused on the legalization and regulation of psychedelics like psilocybin, MDMA, and LSD.

The Project on Psychedelics Law and Regulation (POPLAR) is a three-year project aiming to “promote safety, innovation, and equity in psychedelics research, commerce, and therapeutics,” the university said in a press release. This new program is being funded by private investors, including Matt Wullenweg, developer of WordPress, and philanthropist Tim Ferriss.

“Preliminary research suggests that psychedelics could hold major benefits for people experiencing trauma and post-traumatic stress disorder,” said Jeannie Suk Gersen, John H. Watson Jr. Professor of Law at Harvard Law School. “By analyzing social, legal, and political barriers to access in this context, we hope to advance the understanding of their potential impact as therapeutics.”

Several prestigious American universities have launched their own psychedelics centers in the past decade. Johns Hopkins University, a leader in psychedelics research, officially opened its Center for Psychedelic & Consciousness Research in 2019, and the Medical University of South Carolina is planning to open a similar research center. Harvard’s new center will be the first to focus solely on psychedelics policy and laws rather than research, though.

“Right now, there are a handful of psychedelics research centers at universities around the country. However, they are focused on clinical research,” Mason Marks, MD, JD, Senior Fellow and Project Lead on the Project on Psychedelics Law and Regulation at the Petrie-Flom Center for Health Law Policy, Biotechnology, and Bioethics at Harvard Law School said in a press release. “There is no systematic research being done on psychedelics law, and POPLAR will fill this gap.”

Professor Marks also serves on the Oregon Psilocybin Advisory Board, an agency tasked with overseeing the country’s first legal therapeutic psilocybin program. Last fall, Oregon became the first US state to legalize psilocybin-assisted therapy, and California legislators and activists are working to fully legalize psilocybin by the end of next year. The US Food and Drug Administration is also currently sponsoring clinical trials that could lead to the federal legalization of psilocybin- and MDMA-assisted therapy within the next two years.

Several individual cities across the country have already decriminalized natural psychedelics, and lawmakers in eight states are currently debating laws to decriminalize or legalize these medicines. The US market for medicinal psychedelics is predicted to grow to $6.85 billion by 2027, but despite this growing investment, Harvard has found that “there is a relative lack of research on the ethical, legal, and social implications of psychedelics research, commerce, and therapeutics.”

POPLAR is planning to focus on five specific goals in the newly-emerging psychedelics space. The team plans to investigate opportunities for securing federal support for psychedelics research, professional ethics in the field of psychedelic-assisted therapy, and potential challenges to intellectual property law within the new industry. The project also intends to advance research into how psychedelics can heal trauma and how to ensure equitable access to these therapies.

To accomplish these goals, POPLAR will publish academic research, host academic events and roundtables, and partner with clinical researchers to help them navigate potential legal and ethical challenges. The project hopes to provide education for courts, legislators, and government agencies in order to help state or federal officials draft evidence-based regulations and laws governing the use of medicinal psychedelics.

What is the New Cannabis Capital of Europe if Amsterdam Bans Canna-Tourism?