First Messi, Now Weed – Barcelona Cannabis Clubs May Be Forced to Shut Down Due to New Ruling 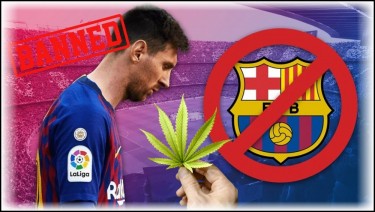 About 200 marijuana clubs in Barcelona now face an unclear future and it is a cause of specific concern for the cannabis community in the town. A crucial portion of Barcelona’s delightful charm is its focus on many of marijuana clubs that are locally called “Associations,” but this can come crashing down with the town’s current setbacks.

The local laws and the impact of the Court

The Court in the town also threw another blow at the situation that has now affected 200 regional clubs and possibly stopping them from continuing their operations. They are private members clubs but primarily rely on tourists to build the associations while luring tourists and visitors to the city.

The clubs have a €10 fee, equivalent to $11.83, and are mainly used for the primary goal of purchasing cannabis. The Public Health Organization in 2014 suggested new heightened actions that will regulate the cannabis clubs. Now the General rule is under the local government of Catalonia with powers under Spain’s dispersed political system.

This rule with cannabis associations in the town doesn’t supersede Spanish national rules as the laws in Spain permits isolated and personalized cannabis usage. The marijuana clubs got a curveball in 2017 when the Court claimed superiority over regional laws.

The law once stated that adult’s privately consuming marijuana is a fragment of their fundamental human rights. They have the right to individual development and liberty of life.

The groups and clubs will continue to operate for now, but underneath a town bylaw that will regulate the trade of marijuana. But this has also been overridden by judiciaries taking power from city officers.

Associations assumed that soon enough, they may be forced to shut down. The spokesperson for the Federation of Catalan Marijuana Association, Eric Asensio, told a newspaper, (The Guardian) that the judiciary is harassing the association without considering the authenticity of Barcelona, which is a city that has thrived with these laws for over thirty years.

The town that supports the association’s grey-area position has also explained that the newest laws forbid the sale, promotion, and consumption of cannabis. Thus making it a harsh setback to the club’s future.

City officers also maintain that it will be examining the clubs beginning with those that have negative impacts geared towards travelers and huge sales. Asensio also adds that if Barcelona maintains regulations, corruption will be reduced because it will frustrate the plans of the mafia to infiltrate the system. It is still unclear if the recent ruling will hold and if the groups have any plan left to protect their industry.

Will Gang members grow processes in marijuana clubs be blamed for this move?

Vice News featured a feature piece that focused on Barcelona’s illegal activities, “Europe’s Cannabis Capital.” The journalist reported that the decline in tourism in the own allowed the mafia members to seize control of the marijuana trade. They also worked closely with the clubs thus making the cannabis groups vulnerable to abuse.

Associations initially functioned as secluded clubs with members buying and smoking marijuana within their premises. However, lately, many such clubs have left that system and have become channels for enormous quantities of marijuana cultivated in Catalonia. Of course, this was supervised by Eastern Europe and other gang organizations.

Within the previous year, the police in Barcelona have scattered 34 criminal groups which sprung up and are linked to marijuana. The police destroyed about three hundred and nineteen plantations. Spain remains tolerant of marijuana, with people guilty of cannabis-related crimes hardly staying in jail for above two years (this is for any marijuana-related crime).

The fall of the vacation industry in Barcelona (which was caused by the COVID-19 pandemic, saw marijuana businesses thrive in Catalonia) meant darker forces could also take a share of the pie. A report by Mossos d’Esquadra of the Police states that Catalonia is now the hub of Europe’s unlawful cannabis market. The report also said that Catalonia is set to become a net shipper of marijuana to other European industries.

The Chinese mob called ‘Bang of Fujian” was utilizing the Barcelonan clubs and other Spanish towns to trade illegally-grown marijuana. Europol hovered over twenty-nine warehouses in Barcelona and shut down the gang operations.

So once again, the innocent tourism sector in Barcelona is facing a cannabis crisis of massive proportion as courts continue to lock down city regulations that make the town safer.

What is the future of cannabis clubs in Barcelona?

It is hard to predict what will happen to the clubs following the judgment by the Court. However, the fact that there are conversations on the issue is a sign that cannabis enthusiasts are willing to seek out a change.

The change they desire will be some time because the town is still dealing with the post-COVID-19 experience. But if the government is keen on maximizing the revenues gotten from the clubs, then a more proactive action will be in place.

Gangs and mafia members should not be allowed to take over thriving and positive associations that have become a place where people can enjoy marijuana without fear. So the future of the cannabis clubs does look uncertain today, but one thing is sure, it will not remain so for longer.

Cannabis has been through similar situations in other regions and countries and overcame the exploitation by nefarious groups. Today, in some of those regions, things are better, and that may also be the story of Barcelona’s clubs in the future.

Barcelona’s cannabis clubs were a safe space for cannabis users of legal ages to smoke and enjoy cannabis with other enthusiasts. Although the clubs were established with good intentions, they have been hijacked by mafia and gang members forcing the Court to shut down some of the club operations.

Cannabis operations are still under threat in cities around the world because of these activities and court injunctions. Will Barcelona rise above these issues? Will its cannabis communities bounce back from the challenges it experiences? Time will reveal all, but for now, the cannabis community in Barcelona is stronger than ever. 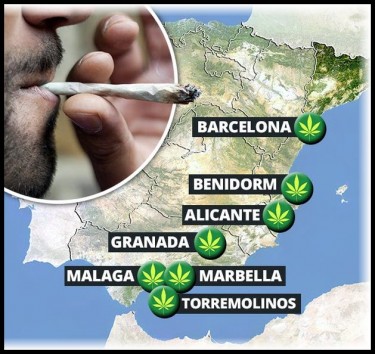