How Do Cannabis Companies Have Bank Accounts Right Now If There Is No Safe Banking Act Passed? 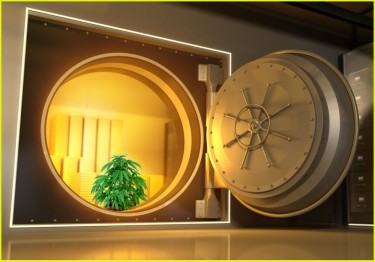 Did you re-read the headline? If you understand the struggles the cannabis industry has had with the banking sector for many years, you will be excited about his piece of information. Any news that predicts a positive upward movement for the marijuana sector is worthy of note. We are about to discover how marijuana banking is happening even with no official legislature.

Banks are getting more marijuana clients.

More banks and credit companies are speaking about their willingness to work with marijuana entrepreneurs and ventures. Recent reports indicate that the financial institutions have stayed stable within the previous quarter.

In the last three quarters of 2020, the states have struggled because of the refurbished reporting necessities they received from Financial Crimes Enforcement. The COVID-19 pandemic also made things even more complicated, but something seemed to have been managed within the last two quarters.

As of March 31st, 6894 credit institutions and banks filed reports insisting that they were already working with marijuana businesses. This is the same number of banks from the last quarter, although it hasn’t gotten to its peak in 2017, which was 747. So why the reduction i8n number?

Well, this slight reduction in 2020 was caused by FinCEN. FinCEN is an institution that is a part of the US Treasury Department and has stopped counting hemp-based enterprises in their three-monthly reports. This has been the situation since hemp was legalized under the Farm Bill of 2018. The bill contributed to the dip as opposed to other rising numbers from hemp-based bank accounts.

There appear to be some depository institutions (these are called DIs) banking cannabis-related businesses that seem to have leveled off from a fall that started towards the end of the 1st quarter in 2020.

According to FinCEN, from its quarterly assessment, the decline simultaneously happened with the release of some new guidelines. These new rules by FinCEN and other monetary regulators focused solely on providing financial facilities to customers involved in hemp-based business undertakings.

Other influences for Cannabis Banking in America

Another issue to consider for this sudden drop in numbers is the Coronavirus Pandemic which many experts believe contributes to the waning of state-imposed restrictions. These restrictions further affected SAR filings.

Interestingly, under the Obama administration in 2014, FinCEN’s direction stayed in place. At that time, banks and credit associations were required to present their SARs to offer financial assistance to marijuana customers (businesses).

From that year onward, the number of banks taking cannabis clients has increased, and this has been the situation until the recent descending trend. These upward and downward trends are particularly expected for a market like America, where there have been stiff banking regulations against cannabis businesses.

Will banks now work with marijuana clients before the reforms are passed?

Despite these setbacks with the back and forth going on at the legislative, the number of financial institutions already working with the marijuana sector looks promising in recent times.

These statistics can change dramatically, mainly if Congress passes any marijuana reform which will protect the institutions from penalties by federal regulators. In April, the House confirmed and approved the SAFE Banking Act (this was the fourth time), but its odds of survival are still in question at the senate level.

With regards to marijuana banking legislation, there have also been some setbacks with some senators blocking the bill. The Senate Banking Committee Chairman has insisted that he has a “Transparent’ approach to the process and is eager to progress the legislation.

The future of banking legislation for cannabis-based businesses

It is too early to decipher the legislative efforts will turn out, but no one envisioned that we would have this discussion when there is no authorized legislation in place. It means there is hope for the future, and cannabis entrepreneurs can begin to gear up for some changes.

An exciting aspect of this discourse is that as more states legalize marijuana, the demand and supply curve within the cannabis industry will continue to grow. This realization also means that banks can no longer ignore this high-profit making industry.

America has arrived at a turning point moment with its cannabis industry, and a move to solidify this banking legislation will only make things better now and in the future. More so, this idea will serve as a protection for cannabis businesses that, for many years, have had to rely on a cash system that is flawed and risky.

Whatever decisions are taken today will mirror the future of marijuana, and it is safe to say we are on the right path even today. Banks and cannabis entrepreneurs will have a field day benefiting from each other and creating a progressive echo chamber for the American marijuana society.

Currently, the banking bill has about 39 co-sponsors in the American Senate, including its head sponsor. This number means that more than one-third of the senate chamber has formally provided their signature lending support to the bill.

While that is ongoing, the SAFE Banking Act will enable financial organizations to work closely with legalized marijuana enterprises without getting federal sentences.

The thought of clashing with the law has prevented marijuana enterprises from functioning with cash solely. But operating a “Cash-only” business makes them vulnerable to crime-related issues and creates complications for regulators.

After the bill passed through the House, cannabis experts started to look out for any sign of progressive efforts from the Senate Banking Committee. The hearing from this committee on the bill didn’t hold, although discussions have taken place.

Some cannabis enthusiasts may worry about these steps taken forward and backward, thinking if it will yield anything positive in the banking space. Well, the fact that the House, legislators, and leaders are moving the bill forward is a sign that cannabis-based businesses will soon be allowed to use banking structures irrespective of any official legislation in place. 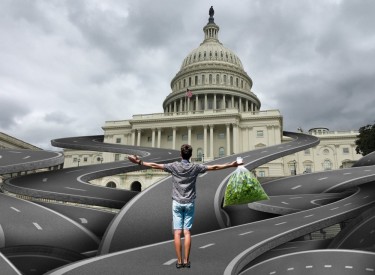 WHEN WILL THE SAFE BANKING ACT FINALLY PASS, WE ASKED! 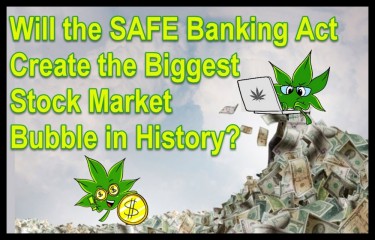