Did Cannabis Plants Originate in China a Wicked Long Time Ago? 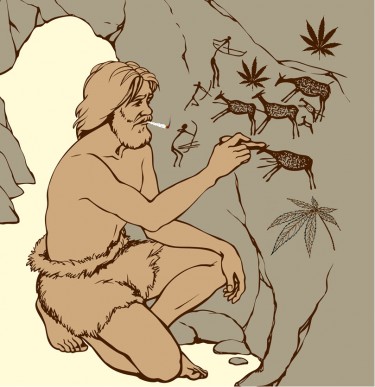 Cannabis is the most famous plant drug in the world, with widespread use including both legal and illegal.

It’s a widely debated topic despite growing evidence of its therapeutic benefits not just for humans but for animals too. However, it’s still a hazy topic where it originated from.

A new genetic study, which is the biggest study analyzing cannabis genomes to date, points to northwestern China. Researchers have found that it was likely grown in the early Neolithic era where China merges with Kyrgyzstan and Kazakhstan on the borders. From here, it’s believed that cannabis spread around the world and grew into different varieties.

For the study, the researchers identified a basal cannabis plant hailing from northwest China. Luca Fumagalli, a University of Lausanne geneticist, disclosed the details to LiveScience. Luca says that since cannabis plants are so widely cultivated and used around the world, it’s not clear where it originated and there have been numerous theories including Central Asia, West Asia, and northern China. “People though the region was more towards Central Asia, mostly because there were a lot of feral cannabis plants along the roads there,” he explains. “But this observational data basically contradicted what we got from the genomic analysis.”

He found that the cannabis plants from Central Asia were actually hemp, characterized by its tall branches with stems that are rich in cellulose, ideal for the production of textiles and ropes. These hemp plants were not basal, which means they couldn’t get people high. Luca says that studying the plant’s genetics led to a conclusion that all the cannabis plants around the world today descended from those in the original region, and the wild progenitors of the Cannabis sativa plant are most likely extinct.

Various cannabis forms could evolve from the basal type plant after it was domesticated by humans. Their study indicated that the hemp type became widely used some 4,000 years ago, which they believe is because people then were looking for plants that could be used for fiber production. Today, hemp strains grow wildly in Europe as well as some parts of northern China and central Asia while other strains are cultivated based on its psychoactive content. In addition, the researchers believe that while cannabis was an important fiber source as well as recreational and medicinal use, the exact timeline of its domestication has been challenging due to numerous legal obstacles.


The study is significant for its insight on where and when certain cannabis varieties particularly those containing higher amounts of psychoactive compounds were acknowledged and used by humans. Despite the fact that cannabis has been cultivated for centuries now, some of the earliest forms contained low THC as well as other compounds known for its psychoactive effect.

“Our study provides new insight into the global spread of a plant with divergent structural and biochemical products, at a time in which there is a resurgence of interest in its use, reflecting changing social attitudes and corresponding challenges to its legal status in many countries,” write the researchers. “East Asia has been shown to be an important ancient hotspot of domestication for several crop species, including rice, broomcorn and foxtail millet, soybean, foxnut, apricot and peach… Our results thus add another line of evidence for the importance of this domestication hotspot,” they write.

In 2019 , scientists from Germany and China excavated a tomb that was 2,500 years old in western China. They found the first evidence of humans consuming cannabis for its psychoactive effects: burnt stones, wooden parts, and pots located within the tomb revealed the chemical remnants of cannabis including those that had high levels of THC. This suggests that people back then were already using it for burial rites.

They don’t suspect that it was smoked back then the way we smoke cannabis today, though. They believe that cannabis was likely burnt as incense while in enclosed spaces in order for them to inhale the vapors. Another hypothesis they had was that cannabis could have been used as a way to communicate with the dead or with gods.

“This is the only way that cannabis could have been smoked prior to the arrival of pipe technology, which is not until much later, it seems,” says Nicole Boivin, an author of the report and the director of the Max Planck Institute for the Science of Human History. The study’s authors believe that what they stumbled upon was the first evidence cannabis was smoked in this area of China, but they still don’t know if those who were buried in the Jirzankal cemetery were actively growing cannabis or just wanted cannabis plants with high THC content.

“Finding evidence for ancient drug use is a bit like finding a needle in a haystack, because this kind of evidence is rare due to there being few opportunities for long-term preservation of the remains of activities involving drug use, which is very ephemeral, and doesn’t necessarily leave a lot in the way of physical evidence,” explains Boivun.

“Our study implies that knowledge of cannabis smoking and specific high-chemical-producing varieties of the cannabis plant were among the cultural traditions that spread along these exchange routes,” says lead archaeobotanist Robert Spengler. “Modern perspectives on cannabis vary tremendously cross-culturally, but it is clear that the plant has a long history of human use, medicinally, ritually, and recreationally, over countless millennia,” he adds.

THE HISTORY OF WEED, READ MORE.. 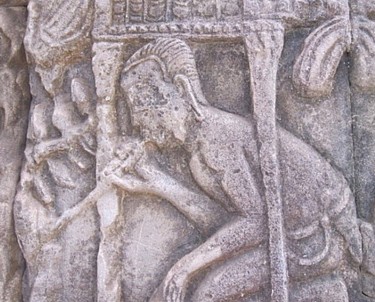 WHO IS THE FIRST TOKER IN HISTORY, CHECK THE FACTS!