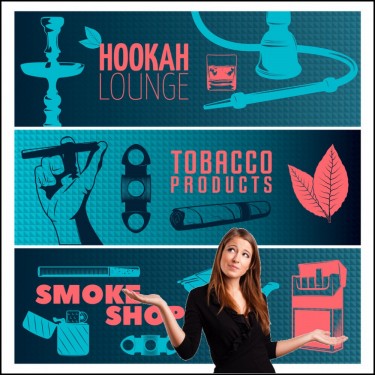 Cannabis retailers may soon be grouped with smoke shops as a White House committee recommends that the North American Industry Classification System (NAICS) updates its standards of classification.

The NAICS is a classification system that is used by government policy angsts, researchers, academics, business communities, and the general public. It was developed by an alliance between Canada, Mexico, and the United States of America.

This system helps the three countries to standardize industries and it serves as a consistent framework that guides the collection, collation, presentation, and breakdown of industry statistics.

The committee believes these changes will allow economists to understand the concept of cannabis commerce like they do other business categories.

As of recent, the White House has been releasing some news that makes the country wonder if the president is finally coming around to passing cannabis reforms policies nationwide. A few days ago, the White House secretary made it known that the Presidency has started taking steps to begin clemency processes for nonviolent cannabis inmates. Now, the ECPC releases this report.

The Committee and its report

The White House put together a committee to recommend cannabis policies for the 2022 NAICS update that would be used to group similar businesses across Canada, Mexico, and the United States.

The report detailing all the committee’s proposals has been published in the Federal Register.

The committee which is named The Economic Classification Policy Committee (ECPC) includes the Census Bureau, The Bureau Of Economic Analysis, The Bureau Of Labor Statistics, And The Office Of Management And Budget (OMB).

The committee in its official report suggests changing the listed business categories. The report says that cannabis retail stores should be reclassified alongside smoke shops.

Cannabis retailer businesses were formerly classified under the miscellaneous category.

The members of this committee believe that the cannabis industry is set for more growth, most especially when federal cannabis reforms are eventually approved. This anticipated growth is the major reason why these advocates think that the industry needs a specific category under the North American Industry Classification System (NAICS).

The ECPC said that there may be a need to index cannabis, CBD agriculture, hemp, and wholesaler companies into individual NAICS units

However, it might seem too early for this to happen, so the committee decided a compound grouping with other smoke shops and their industries would be the best way to go for now. Advocates would rather have a broader change effected in the industry. All proposed changes show that the US Economic Classification Policy Committee are aware of the increasing legitimacy of the cannabis industry across the country

More details on the ECPC proposal

ECPC recommends that all forms of cannabis should be reclassified and given an updated schedule and NAICS classifications. This updated classification will be received by both high-THC and low-THC (Hemp) wholesalers.

According to the report, CBD will not only be classified under one section, rather it will be put into several categories. The committee also feels that CBD must be updated in a different North American Product Classification System.

The committee suggests that a new industry named “Tobacco, Electronic Cigarette and Other Smoking Supplies Stores” be created under the NAICS. This means that vape shops, as well as marijuana shops, will be grouped primarily under retail smoke supplies.

Like it announced in February, The census bureau has since gone ahead to make cannabis economic data more accessible for economists by including a question on cannabis tax and license to its state economic reporting process. This will further illuminate the cannabis federal economic data prior to the period when all the recommended changes are effected. By adding a cannabis tax question to quarterly and annual reports that all states submit, the relevancy and preservation of important data can be maintained.

The ECPC believes that these changes will help actors and observers in the marijuana industry track the system efficiently. The proposed system will help analysts have a clearer view of the markets. They will also be better equipped to disseminate the statistical data obtained over a period.

The ECPC has also proposed that the scope of agricultural and wholesale NAICS categories have to be widened to include cannabis and hemp index entries. The report explains that other classifications will include other food crops grown under cover, other miscellaneous crop farming, and other farm product raw material merchant wholesalers.

For any of these proposals to be codified, the public has to give a go-ahead to the government. The 45-day public comment period has begun and Americans are free to chip in what they think about these proposed changes.

Marijuana advocates believe that once this data has been modernized and easy to access for all, lawmakers would see first-hand the numbers being pulled in by the marijuana industry. They will be able to see how the economy is rapidly boosting in States that have decriminalized the use and sales of cannabis. Numbers do not lie.

This is the first time an ECPC team will propose changes in respect to creating new indexes for marijuana retailers to be grouped. The other times NAICS has been reviewed, marijuana was added to a category for merchant wholesalers and for crops that are cultivated indoors or in open space. It is also currently listed in the miscellaneous section.

Advocates expect that these new proposals would be looked upon as a commemorative gesture that will propel the cannabis sector to more growth.

Hopefully, the cannabis industry will have a specialized set of NAICS codes by the next time the ECPC committee is put to work again. Federal, State, and Local agencies, as well as other members of the society, need this data to make sound decisions that are backed with accurate data.

Does delta-8 really help you sleep?