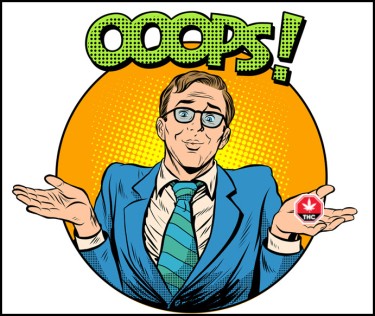 The bedrock of the cannabis plant is the matrix of the different cannabinoids embedded in it with each having its unique characteristic and potentials. The combination of these cannabinoids gives rise to what is known as the entourage effect which opens up the user to a wide range of effects. However, a mixup between products that are full-spectrum extracts can prove to be problematic especially when they are used for different reasons. This is the reality that fell upon Curaleaf when an Idaho man sued the company after he unwittingly took mislabeled THC.

The Idaho man in question is Jason Crawforth. He sought to find justice for the wrongdoing of mislabeled products by filing a federal lawsuit against Curaleaf. The basis of the suit filed against the company is that the Idaho man took what was labeled CBD wellness drops yet contained THC. The characteristic of such products is that they are predominantly used for medical purposes. This was also the aim of Mr. Crawforth when he used the products. However, the result gave him a very unpleasant experience which warranted him to make the problem public.

The experience by Mr. Crawforth after using the mislabeled products left a very sour taste in his mouth. This was evident when he stated that he began to disconnect from reality when he used the product. This reaction is not unexpected considering that he has not been privy to the use of THC in times past. First-time users of THC who do not pace and prepare themselves before using the product are bound to have such experiences. He explained that after taking the product while camping in Nevada, he began to see that he couldn’t stop his legs and hands from quivering and his “mind seem to have been disappearing.”

Unfortunately for Mr. Crawforth, that was not the end of the unpleasant experience he was exposed to. With a general background of the usefulness of CBD in promoting calmness and relaxation of the mind, he went forth to use another dose of the Select CBD drops the next day. Unfortunately, he had the same type of symptoms while driving on his way back home which could have been very dangerous for a first-timer with THC. He explained that he was close to having an accident on his way home from the camping exercise.

The cause of the experience was made known after he spent a considerable amount of time in an emergency room. This was where he was privy to the fact that he had THC in his system and it was the cause for the unwanted psychoactive effects. Another friend on the same trip who had taken from the same bottle had a similar experience and ended in the emergency room as well. This was the prompting factor that made him notify the regulators of cannabis in the state of Oregon of the obvious mixup.

CBD extracts and THC extracts are completely different in terms of use and expected results. Although both cannabinoids exist in regulated portions in the matrix of the cannabis plant to give rise to the entourage effect. However, their extracts serve different purposes. CBD extracts are predominantly used for medical reasons and for promoting general wellness of the body. The cannabinoid has no psychoactive effect unlike THC and it is generally used recreationally to promote calm and relaxation. THC on the other hand is the major psychoactive component of cannabis which gives rise to the euphoric effect experienced by most psychoactive users. The cannabinoid also has its medicinal effect as it plays a good role in relieving pain and dealing with mood disorders.

Curaleaf and the product mixup

Curaleaf has owned up to this mixup and ascribed it to human error that occurred during the manufacturing process. The same mixup has been reported to the Oregon Liquor and Cannabis Commission (OLCC) by 13 other people. This shows that the mistake with the product of Mr. Crawforth was not a single occurrence, instead, it was a large-scale mistake that involved a line of Select marijuana products. CBD products were mistakenly labeled THC and vice versa. The company after acknowledging the mistake stated that it was already reviewing its manufacturing exercise to establish good manufacturing practice and quality assurance.

The OLCC in a bid to limit the scale of this mixup has already issued a general recall for 1,000mg bottles of unflavored Select CBD drops. This is because it has been identified that the product contained THC and not the CBD stated on the container.  The company is said to have sold about 630 units of the product at the time of the recall. The fact that the product is sold mainly by licensed OLCC retailers made the needed recall easy to facilitate and issue.

It is still not clear what the future of this suit holds for Curaleaf but the company is not new to suits and penalties from the hands of the law. The first major production error involving the cannabis company cost the company a whopping $110,000. This was because the company was found guilty of dishonest conduct after it claimed a line of vapes were 100% marijuana. However, the vapes were found to contain additives which warranted the penalty. This particular suit and its implications can also create such penalties but only time will tell its severity.

Occurrences such as this are very costly especially to an industry as closely regulated as the cannabis industry. This is major because of the importance of the product and its use. Exposing consumers to alternate products is bound to produce problematic situations such as the one between Mr. Crawforth and Curaleaf. The legal implications are bound to be huge on the cannabis company however the consumer is also susceptible to the deleterious effects of an unwanted product. Hopefully, this is the end of such cases in the industry and all consumers continuously gain from the multifaceted effect of the natural herb.

MORE ON CURALEAF, READ BELOW…

CURALEAF EXPANDS AND IS GOING TO NEED A BIGGER BOAT! WATCH HERE!