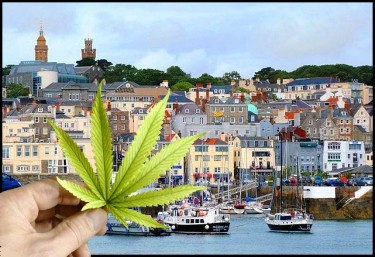 Guernsey has joined the list of countries set to begin cannabis organization processes in 2022. The Channel Islands appear fixated on having a legal cannabis industry as soon as possible. The European cannabis scene is agog with activities. From debates to discussions hosted by advocates and lawmakers, the continent is about to decide its next step in cannabis legalization.

Guernsey’s strategic location between France and the United Kingdom has made it privy to many medical reform discussions in both countries. The Island has a fairly relaxed cannabis law that permits only hemp.

Unlike other countries in the European Union that classify products with over 0.2% THC as illegal, Guernsey considers cannabis contraband as products that have more than 3% of the total available CBD in the product. This means that for every product with 100g of CBD content, the THC must not exceed 3g.

Now, the government of the state is about to delve into discussions about recreational cannabis. The amazing part of this development is that the new initiative is being backed by Marc Leadbeater. He is a political leader who was until recently a vital member of the Island’s Home Affairs Committee on Cannabis Laws.

Cannabis use in Guernsey

Cannabis is a prohibited drug in Guernsey. It has been so for as long as anyone can remember. Possession, cultivation, supply, importation, or exportation of any cannabis product is considered illegal and punishable under the island’s laws. The drug is classified as a class B drug. Offenders can be issued fines, and in extreme cases, sentenced to prison.

Hemp is a legal product in Guernsey. as it is used to produce CBD products that serve as therapeutic drugs for residents in the state. The existing program permits adults 18 years of age and above to cultivate and process low-THC hemp plants. However, every operator in the industry must apply for a license before they can be allowed to operate.

The Director of Environmental Health and Pollution Regulation is in charge of the cannabis licensing system in Guernsey, and licenses are renewed every year. The licensing process is quite rigorous. Holders must provide details on all aspects of the operation. Information about the batch samples, strain types, percentage of THC, and extraction process must be tendered to the licensing commission. Medical personnel are allowed to prescribe medicinal cannabis to residents. But, only products made to pharmaceutical standards can be imported and prescribed.

Leadbeater’s Plan for the Island’s Future

When his service on internal affairs was called into question, Leadbeater had no choice but to resign. The other members wondered if his position as the director of a local hemp company influenced his perspective on drug reforms in the state.

He plans to discuss the full legalization of cannabis. Leadbeater proposes a unique political process to ensure the measure is brought before all key members of the Guernsey government. According to the activist, cannabis can be used as an economic tool to redevelop the vast greenhouses that are scattered across the island.

Since Leadbeater’s plans were revealed, a wave of interest has been felt from various government officials. The former chief minister of the island, Gavin St. Pier, issued a statement within days. In the statement, St. Pier wrote that he is in support of cannabis legalization.

He explained that with proper legislation, the cannabis industry could be regulated, licensed, and taxed for the economic improvement of the Channel Islands. Seeing that the island already has existing extraction companies as well as a licensing system, very little modification will be added.

What All Of This Means For Guernsey And Its Neighboring Countries

This initiative comes at a time when several European nations are trying to establish recreational cannabis markets. For example, Switzerland and Luxembourg recently announced that their recreational markets will be functional within the next twenty-four months.

If Guernsey remains committed to the cause, the island could very well follow the interesting trend. Despite the small size of the state, it could have a massive impact on the recreational cannabis debate on the continent. Marc Leadbeater’s furor could not have come at a better time. Guernsey is on track to be the third European country to have a fully recreational cannabis industry. It could also have a vast native market while also exporting to neighboring countries that are unable to meet their demands.

Not to mention that the island could become the first part of the United Kingdom to implement recreational cannabis reforms (yes, the island is on the British side of Brexit).

This major step taken by Guernsey may spur other cannabis reforms within the UK and other European countries. As predicted, it is unlikely that any real reform would begin in the heart of the United Kingdom, but with regional reforms on every side of Brexit, lawmakers on the Island might pick up the baton.

The UK has suspended all discussion on adult-use cannabis for quite some time while trying to quell the rising enthusiasm for the budding industry. This strategy seems to have backfired because cannabis conferences have been selling out since Summer ended.

Germany, which remains the largest force in the European medical cannabis industry, may also be joining the discussions for recreational cannabis. For now, while underground decisions are being made, the country remains light-years ahead of the UK in Cannabis reforms on all fronts. It has over 130, 000 patients registered under its medical cannabis program.

Mark Leadbeater revealed that he has teamed up with like-minded cannabis advocates who are also looking forward to debating recreational cannabis legislation before lawmakers next year. Most of the current plans depend on Leadbeater’s success in educating Guernsey residents on the economic and medical benefits of recreational cannabis reform. While this education drive is on, Leadbeater said she expected the committee for health and social care to begin investigations into the viability of a cannabis regime similar to the model being used in Canada.

Till then, Guernsey residents can continue investing in medical cannabis firms and offshore recreational cannabis businesses. 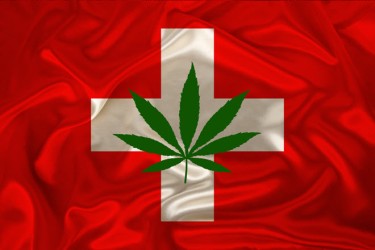 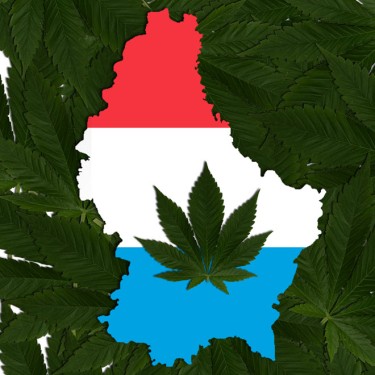 LUXEMBOURG MOVES TO LEGAL CANNABIS GROWING BUT NOT SELLING YET!

What are cannabis terpenes and what do they do?

Watch this: How one man’s quest revived the Fabulous Furry Freak Brothers