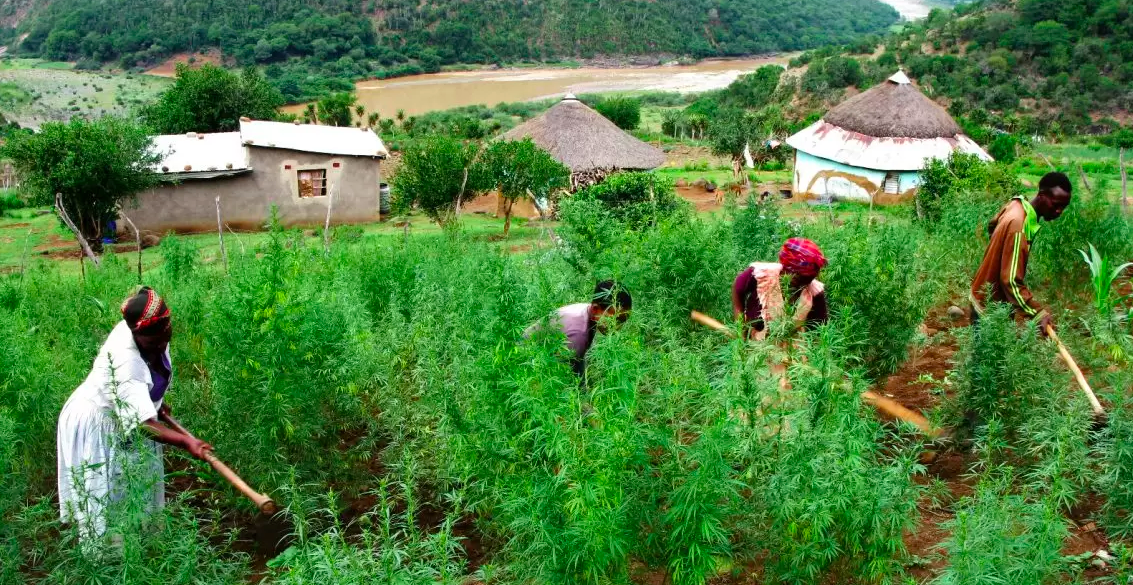 Black South African agricultural organizations are not content on standing by while the country’s legal cannabis industry kicks off on a racist foot. Last week, the Black Farmers’ Association of South Africa and allies held a protest in the capital city of Pretoria calling out the government’s agency that regulates marijuana for blocking Indigenous farmers from participating in the country’s budding legal weed industry.

“We feel that the skew[ed] allocation of these licenses to white companies, it is a crime against the black economic empowerment policy and the Constitution of our country,” BFASA stated in a press release announcing the April 22 protest.

The Broad-based Black Economic Empowerment is a plan that was adopted by the country in 2003 to compensate for land that had been stolen from Black farmers during South African apartheid.

BFASA identifies the high cost of business license applications as a sign of the South African Health Products Regulatory Authority (commonly referred to as SAHPRA)’s “radical fight against transformation. This is the highest form of segregating people from rural areas [of] which [the] majority [are] previously disadvantaged.”

The group called for the agency to be shut down with all those currently involved with the agency charged criminally, saying, “SAHPRA services and maintains the white monopoly colonialists in our cannabis industry with no thought of improving and allowing the less fortunate and previously disadvantaged into the industry.”

The BFASA was formed in 2015 to advocate for Black farmers in the face of racist government funding and support programs, which the organization holds often skip over small scale farmers in favor of larger agricultural companies.

“The process to obtain a license from SAHPRA to cultivate cannabis for medicinal purposes is a rigorous one,” the agency asserted. “There needs to be standardization of the cannabis cultivars and assurance that crops can be grown under conditions of strict security.”

Personal use, possession, and cultivation of cannabis was decriminalized in South Africa in 2018 by a Constitutional Court judgment.

The only commercial opportunities made legal by that ruling and subsequent regulation published in 2020 are licenses to grow cannabis for export or for licensed laboratories.

Two weeks ago, the Department of Agriculture, Land Reform, and Rural Development released a master plan that set a goal for regulating a commercial cannabis industry within the next two years.

Meanwhile — as Argentinian cannabis publication El Planteo notes — the small nation of Lesotho (which is surrounded on all sides by South Africa) is the site of the first cannabis company to get the go-ahead to export product to the EU.

A representative from MG Health told the Guardian, “We are sitting in a rural area where there is hardly any income. More business for the company will create a knock-on effect on the locals too, because we also acquire some products and services from the villagers … An increase in the workforce means an increase in the villagers’ income, too.”

Do Cannabis Legalization Efforts Reveal That Joe Biden is a Pawn for Big Pharma?