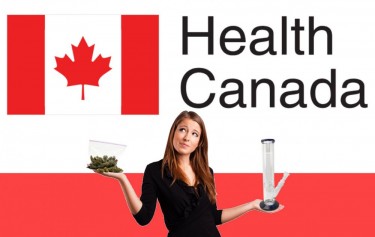 It can be recalled that in December 2020, Canada’s health agency reported it had discovered that many of the medical cannabis breeders in the country had been, and are still, diverting their products into the recreational cannabis market.

This discovery was worrisome because it was unclear if these realizations were systemic or targeted at the health regulators.

This has led the health regulator to propose plans that might be detrimental to innocent patients that need medical cannabis.

In this write-up, you’ll get to know the current happenings as regards the discrepancies found out by Health Canada and the plans being put in place to rid the industry of these rogue farmers.

In September 2020, Canada had issued a permit to approximately 420,000 patients to use medical cannabis.

Out of this total population, only 10% of them are registered with Health Canada while the majority choose to procure their cannabis and  CBD products from federally authorized sellers.

The existing policies currently in place by Health Canada for medical use of cannabis allow patients to cultivate their supply of plants with the help of an experienced cultivator or by themselves if they can.

Cultivating these plants themselves or with the aid of a designated cultivator would ensure that their dosage isn’t tampered with.

Some of these people have someone do the cultivation on their behalf because they’re too sick to do it themselves. While others do not have the time and patience needed to tend to attention-seeking plants like marijuana.

These authorized cultivators are permitted to produce for a maximum number of 2 patients, either for another person and themselves or for two patients.

The site where cultivation is being done also has to be approved by Health Canada and the agency permits just four different registrations on a site.

The downside to this is that there are no set limits on the amount of cannabis a patient can grow. Hence, this measure has been exploited by greedy patients and designated cultivators

The medicinal cannabis industry has had several concerns that the products being manufactured are exceeding the demand.

Upon investigating, it was discovered that individuals that have no use for medicine-based cannabis have gotten themselves authorized to produce these plants using false reasons.

These individuals extract the CBD content of the produced plants to develop other cannabis products. While some juice the plants to create topicals with very high cannabinoid content.

The official website of Health Canada pointed out these discrepancies. Officials observed a significant increase in the day-to-day numbers of persons authorized to develop cannabis for medical use either for themselves or for others. Further investigations ascertained that these authorizations were not in line with the Canadian Cannabis Regulations.

It was also discovered that recently, some areas across the country have seen an increase in the amount of law enforcement activities.

An Example of this is in Ontario; between July and October 2020, many sites were raided for having illegal home-grown cannabis operations.

From January to this moment, over 180,000 illegal home-grown marijuana, various firearms, and automobiles have been seized by the Ontario Provincial Police force. These seized items were taken when the OPP raided the cultivation sites. These cultivators have their personal medical weed cultivation licenses revoked immediately. But, there are still more of these operations across the country.

The government has promised to tie up loose ends and enact more regulations that would ensure fewer people are authorized to produce cannabis plants.

The medicinal use of these plants is being exploited by rogue persons that seek to make money off the venture. This illegal act is a dishonor to the system that seeks to access the positive aspect of using cannabis to treat diseases and their symptoms.

A draft document containing all the proposed measures the government is willing to use to combat this criminal activity was released.

The new restrictions would cause a lot of licenses to be revoked.

For a patient’s license to not be revoked, he has to prove that his cultivation site adheres to the strict security measures put in place by Health Canada.

Also, the screening process for license applications would be tightened, hence there would be a lot of refusals. Patients who for some unknown reason have been found producing more than they’re prescribed would also be made to face new penalties.

Most importantly, there would be a concrete limit for the amount of medicinal cannabis to be produced by patients.  The patients must now get a daily amount authorized by Canadian registered health care practitioners; this would determine the quantity they have to buy from retailers or cultivate personally.

Effects of the Proposed Plan

The new plan looks to be counterproductive…

If these new restrictions are put in place, it might potentially dissuade Canadians from buying their cannabis medications at local medical dispensaries. Causing a lot of these stores to lose revenue income.

Most of these users might not bother getting prescriptions for medically licensed practitioners. They would choose to self-medicate instead. This would in turn cause a growth in the black market cannabis industry, which is easier and faster. If not cheaper than getting legally prescribed medical cannabis.

Mr. Jesse Cozzuol, an ardent worker in the cannabis industry said that these new measures will push patients out of the medical cannabis industry and into the recreational market. Some of them might resolve to grow their plants themselves without taking the necessary steps to get a permit from Health Canada.

If this happens, the majority of these patients will not get the adequate help they need to relieve their symptoms.

Health Canada prompted citizens to drop their two cents on the issue by opening a public consultation. This 60-day consultation rallied around the factors that are considered when evaluating the risks to public safety and health.

It was concluded on May 7 and the results might be made known to the public in the coming weeks.

Immediately these results are published, the health regulatory agency will draft a final document that will contain the new regulations.

Hopefully, these new policies will put patients’ needs above every other thing while clamping down on the growers infusing their weed into the black markets. 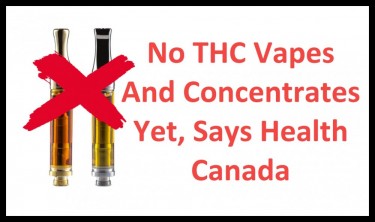