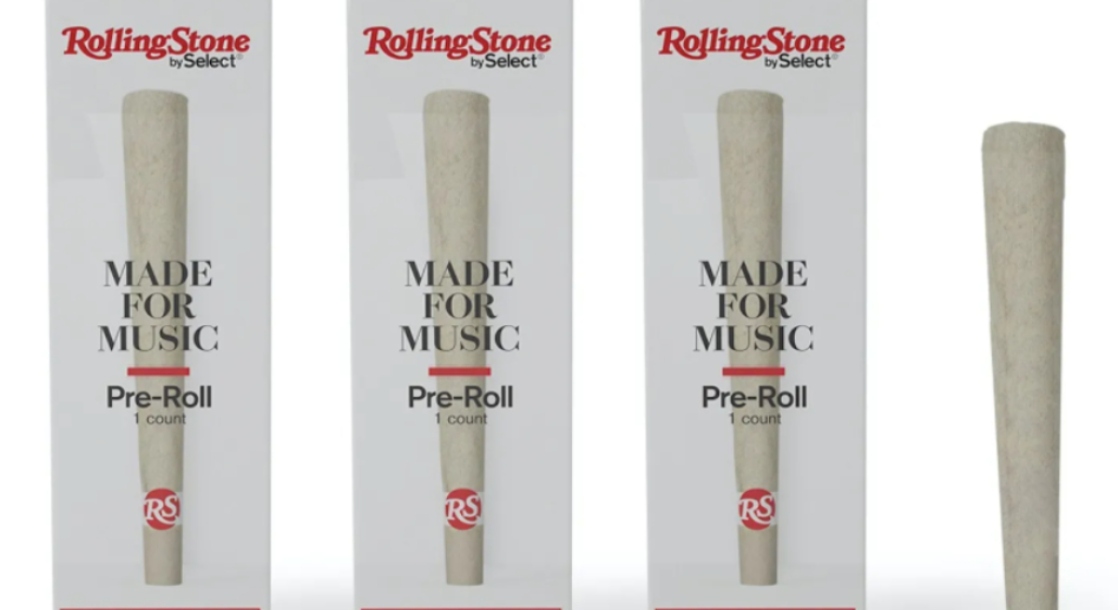 Launching cannabis lines seems to be the du jour survival strategy for media publications, including High Times (are we surprised?), Consequence of Sound, and now Rolling Stone. The iconic music and counterculture magazine has announced a partnership with Curaleaf and plans to sell pre-rolls and THC vapes.

The Rolling Stone by Select “Made for Music” products will boast the name of the publication on the packaging, and will be released via “strategic partnership” with Curaleaf Holdings, Inc., one of the United States’ largest cannabis corporations.

Curaleaf operates 106 dispensaries in 23 states, but the Rolling Stone smokes and vapes will be available for purchase in the company’s Nevada locations. The magazine also announced the future opening of a Las Vegas cannabis store, also in partnership with the Wakefield, Massachusetts-based company.

Rolling Stone is not the only legacy alt-media brand to make plans to get in on that green money. High Times announced that it would be opening some 13 California dispensaries in a complex collaboration with various corporate interests back in April of 2020. Some excitement over the beloved stoner mag’s announcement was dampened when the supposed CEO of its would-be flagship store in San Francisco’s Union Square called the company out for “canna-greed.” But plans for other High Times stores continue apace, including an open location with all the charm of a Walgreens located off of Interstate 880 in East Oakland that sells flowers in packaging emblazoned with the High Times logo.

“Music and cannabis go hand in hand,” Rolling Stone president and COO Gus Wenner stated in a post on the website. “We are thrilled to have found a perfect partner in Curaleaf who gives us the opportunity to design a product that elevates the music listening experience and celebrates the deep connection between the two.”

Rolling Stone’s cachet, born during the Boomer generation’s youth, seems like a natural fit for Curaleaf, who has a certain specialty in products geared towards the older, “lapsed smoker” market.

“They are known for having one of the most authentic and discerning voices in modern journalism, and, as part of that, they’ve included cannabis in their coverage for the past 50 years — something many other publications are only just starting to do today,” stated Curaleaf CEO Joe Bayern. “We’re honored and thrilled that the Rolling Stone team believes in our vision, our products, and our people to create and deliver the highest-quality cannabis products and experiences in the industry.”

The RS line will feature the first pre-rolls from Curaleaf brand Select, which leans harder into THC vape pens, gummies, and CBD tinctures than Curaleaf territory which leans heavily into CBD and cannabinoid ratios.

Three strains will be initially featured in the release. According to the press statement, they are “a berry-forward ‘Overdrive’ Sativa, complex and full-bodied ‘Reverb’ Indica, and a fruity and calming ‘Phaser’ Hybrid.”

Boris Jordan, a 30 percent owner of the cannabis company, once told Forbes, “I look at Curaleaf as a consumer-packaged-goods company. We’re making the products much more mainstream for our customer base — we’ll be no different than Coca-Cola or Frito-Lay.”

Time will tell how this branding venture serves the magazine, the majority of whose shares were bought in 2017 by the Penske Media Corporation, which also owns Variety magazine. Previous attempts to lend its storied name to things that have nothing to do with journalism have been met with varied results. A massive two-story Hollywood restaurant with the Rolling Stone name shuttered in 2013 after reportedly attracting moderate crowds.

Why Do Some People Crave Cannabis? New Medical Study Released!

Chuck Schumer Just Released the Details of His...