What Would People Say If We Regulated Alcohol Like Marijuana? 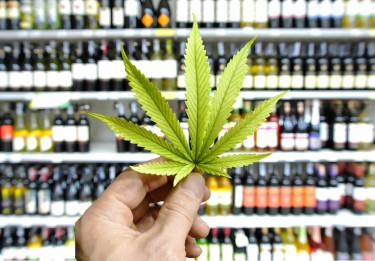 When it comes to legalization, one of the most successful strategies have been to regulate cannabis as if it was alcohol. This was particularly popular in Colorado in 2012 when the state legalized cannabis for adult use.

The reasoning behind this is simple; “since we have a substance more dangerous than cannabis already legal and regulated, then cannabis could be regulated the same way…”

This was very sensible for its time seeing that cannabis was not legal for recreational purposes anywhere in the world.

In 2012, Colorado and Washington made history by legalizing cannabis for adult use, and while only Colorado legalized under the premise of “regulate it like alcohol”, WA also utilized the same agencies that regulate alcohol to regulate cannabis.

Since then, the popularity of the argument has gained grounds. The problem is, that in many cases – and even in Colorado, cannabis is not being regulated like alcohol.

For example, what’s the most alcohol you can purchase in a single store where you live?

Having trouble answering the question? That’s because the answer is very difficult to pinpoint. In places like California, there is absolutely no limit to how many bottles of wine you can purchase in a single setting.

There are limits in many states on how much you can  “brew” by yourself, but not many limits on;

As you can see, unlike cannabis – alcohol gets a free pass on many of the things that cannabis gets scrutinized on, such as purchase limits and potency limits.

Within the world of alcohol, there are designation for potencies in liquor content – yet we see no politicians trying to cap whisky at 5% now do we?

What’s more shocking is that according to the FBI’s statistics on alcohol-related crimes state that, around 500,000 cases of alcohol violence are reported every year, not mentioning the crimes that flew under the radar.

But it gets worse.

86% of homicides and 60% of sexual abuse or rape cases were under the influence of the drug (alcohol) and there are roughly 10,000 road fatalities due to drinking and driving.

If these statistics were related to cannabis, it would never have been legalized in a million years – except, it’s related to alcohol so it gets a free pass?

Where’s the outrage from these lawmakers protecting the children from the “alleged risks of cannabis” when a vast majority of child-abuse cases occur while the guardian is drunk.

As a small thought experiment, what would happen that instead of regulating cannabis like alcohol we did the opposite?

Let’s take a minute to think what the world would be like if we were to regulate alcohol like cannabis.

For starters, every state would have different rules and regulations – this rings true for alcohol currently, but not the degree of cannabis.

With alcohol, there is federal legislation that provides certain guidelines for regulation. We’re still waiting for the same treatment for cannabis – which could happen this year.

Nonetheless, the rules that are being passed in relation to cannabis legalization goes as follows;

While there are certainly many more restrictions on the cannabis industry – we’ll take these seven points and elaborate them a bit further.

If we were to regulate alcohol like marijuana, a user should be restricted to how much they can buy at a single place (or in certain states “throughout a single day).

In the case of cannabis, some caps are set at once ounce – which would be akin to having one joint a day for the duration of a month.

Perhaps we could limit beer purchases to one case of beer or a max of 30 beers in a single purchase. As for stronger spirits – we’d have to limit it based on potency and it would have to be no more than 1-liter of spirits per purchase.

Secondly, we should talk about how much you can carry on you at any given time. In the case of cannabis, limits vary by state but for the most part this is also limited to an ounce.

In terms of alcohol, we’d follow the first indication, limiting to max 1-case of beer or 1-liter of spirits. If caught with more than this, you’d immediately be fined and frequent violations would send you to jail.

Limits on potency is the next thing on the list. Since lawmakers want to cap cannabis products at a measly 15% – we should provide the same treatment to alcohol. No alcoholic beverage should have more than 15% alcohol content.

Next, we’ll talk about advertisement. Every single Super Bowl commercial should be banned immediately. Any beer commercial removed from television. Any billboard must be placed out of sight of children and there can be no marketing to young adults.

Age limit will remain 21 – I guess this is the only thing that is regulate similarly.

Next, we’ll take a look at availability and stores. There should be a limit on how many stores can be in a given area – and the permits need to be very expensive. Each city would cap the amount of legal stores and alcohol would not be available in places like Walmart, 7/11 or anywhere else EXCEPT for these special liquor stores.

Alcohol revenue from these stores should not be accepted by banks, they would have to deal exclusively in cash.

And finally we take a closer look at home brewing. You could do it, but your operation should be limited to no more than 10 liters per month. Anything above this could result in massive fines or jail time!

Now that we’ve reached the end of our thought experiment – think about what society would be like under those conditions.

You’d immediately have the Mafia or drug cartels bootlegging alcohol again because well, people would buy it without a problem!

As you can see, the major problems with cannabis is not the plant itself – it’s the over regulation of a substance far less dangerous than alcohol – making it expensive, giving law enforcement excuses to harass and oppress users for “breaking the rules” and is not based in safety at all.

If cannabis regulations were designed to “keep us safer” – one would imagine even more scrutiny on a drug that is present during 84% of homicides and 60% of sexual abuse cases.

Can’t say that of cannabis now can we? 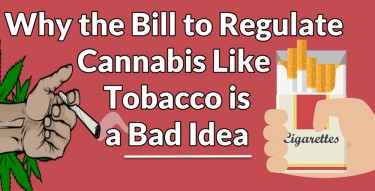 WHY REGULATING MARIJUANA LIKE TOBACOO IS A BAD IDEA, READ THIS! 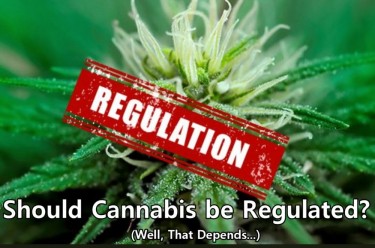 SHOULD CANANBIS BE REGULATED AT ALL? THAT DEPENDS ON THIS…

Marijuana Laws In The United States