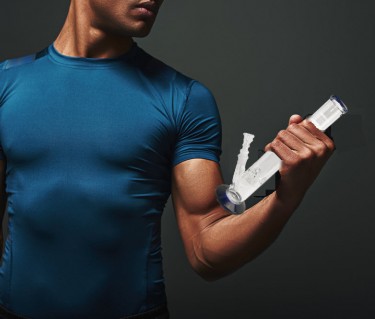 The discussion on allowing athletes to use marijuana has always been controversial, and this is mainly because most people think it is an enhancement performance drug. This belief makes it unreasonable for athletes to use it to give them an advantage over other athletes who don’t rely on cannabis.

Well, with the conversation heating up lately on a national and global scale, the Nevada State Athletic Commission (NSAC) is changing its stance on athletes using cannabis.

The vote for a change of position happened on Wednesday, with a majority of members of the commission voting for the lifting of the ban on athletes utilizing marijuana. This move has opened the way for boxers and other athletes like mixed-martial artists to freely use cannabis.

The role of the NSAC

This organization is the most noteworthy regulator within the world of combat sports. Their aim is to regulate high-profile boxing events, which cuts across some of the most popular fan events. Some of these events include:

These are fights that draw in many people, fans, and enthusiasts, which puts the athletes in the spotlight. The NSAC also joined the Florida State Boxing Commission in making the new decision which led to putting a stop to the testing of cannabis in May.

Other states like California and New York will continue to test fighters for marijuana but with fewer penalties if the test comes out positive. Previously, the NSAC suspended and fined fighters for up to nine months; however, the commission already had an unreliable history with marijuana.

In 2015, the commission also voted to suspend Nick Diaz, a UFC fighter, for five years after frequent positive drug tests for marijuana. Eventually, the suspension was condensed to a year and six months after an appeal. So the NSAC is at the heart of athletes and their relationship with cannabis: they can either allow athletes to use cannabis or ban them from using it.

This new policy has been effective from the moment it was announced, and it wasn’t retroactive in some cases that haven’t been arbitrated. This policy also means that two athletes caught using marijuana before the announcement will be suspended.

The commission has always taken a hard stance on marijuana for many years. It banned cannabis in and out of all the competitions, which affects the fighter’s careers which relies on marijuana to get rid of pain and its effects while training and fighting.

In the future, the NSAC has big plans to continue testing athletes for cannabis to get data within the next six months. The commission will then determine if they want to continue the data collection process or not. So if fighters are using marijuana in training, they will not face punishment.

The NSAC also recognizes that a positive marijuana test indicates that the athlete is intoxicated or that cannabis was recently used. Since cannabis metabolites are fat-soluble, they can stay in the athlete’s body for days and even weeks after the first cannabis intake.

The UFC also lifted its cannabis ban in January because athletic officials in Nevada had its regulations stiffly in place, and UFC fighters were still required to pass the marijuana drug test.

Nolan King of USA Today asserts that as time goes on, fighters in Nevada will be penalized for utilizing marijuana if their test results show “positive” on fight night and after visual checks.

One of the reasons for removing the ban is based on the drug policies of the World Anti-Doping Agency (WADA). WADA categorizes marijuana into three groups:

If you have been paying attention to the sporting world, you must have heard about the Sha’Carri Richardson case, which has become a famous and current example of how the rules shape sports.

Nolan King reported that the Executive Director of the NSCA, Bob Bennett, said in a conference call that marijuana is “not all performance-enhancing drug.”

Researchers within the cannabis toxicology and physiology world also insist that there is no sufficient evidence to group marijuana as a performance-enhancing drug or an abusive substance. Therefore more research is required, and the commission is committed to it.

Lifting the ban is an empowering move by the Nevada commission, and this will set the precedence for other states. Soon enough, we will see different state’s sporting commissions taking such bold steps and being proactive with protecting their athletes.

Some athletes rely on marijuana for different reasons instead of being solely labeled as a ‘Performance enhancing” drug. This is a dangerous label that the NSCA is beginning to pull down because cannabis is not a self-or performance-enhancing drug. There should be balance within the sports world with cannabis, which is what Nevada has achieved.

The marijuana industry is in an ever-evolving phase: many commissions and states change their previous rigid stance on cannabis. The state of Nevada has made some changes to its stance, and it has set the stage for a more open policy for cannabis and athletes.

Some of the states and commissions that are still very stiff with cannabis haven’t realized what the Nevada commission now believes, and it might take time for things to change. We are on the right side and moving towards a world that has embraced cannabis in the sporting world. 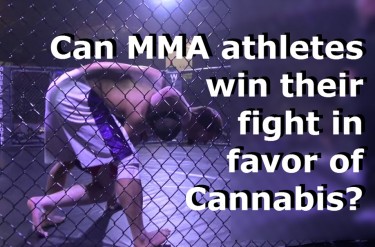 CAN MMA ATHLETES WIN THEIR BATTLE TO USE CANNABIS? 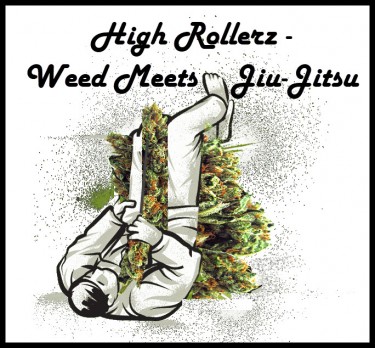 CAN MARIJUANA AND JIU-JITSU WORK TOGETHER FOR WINS?