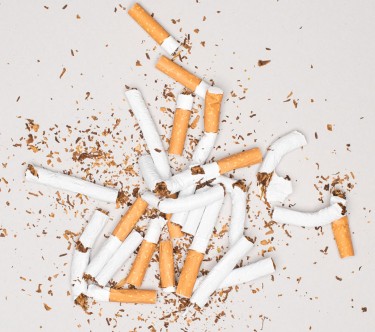 A recent study published in the JAMA NETWORK asked the age old question; is there an Association between Marijuana Exposure and Pulmonary Function over 20 years.

Now, with enough data to pull from, researchers could finally tackle this issue. What they discovered was that “occasional and low cumulative marijuana use was NOT adverse effects on pulmonary function”.

In other words, cannabis smoke – unlike tobacco smoke – doesn’t have such a drastic impact on lung function despite having some of the same chemical profile in smoke.

In order to come up with the results the researchers utilized data from a sample group that was first being tracked back in 1985, with subsequent follow ups to ensure the longevity of the study.

Here’s the Method Utilized as reported on the study itself;

CARDIA is a longitudinal study designed to measure risk factors for coronary artery disease in a cohort of black and white women and men (n = 5115) aged 18 through 30 years and healthy at enrollment in 1985.17,18 Participants were sampled from 4 US communities without selection for smoking behaviors and comprise a broad cross-section of typical tobacco and marijuana use patterns.

With the written informed consent of participants and the approval of institutional review boards at each study center (Oakland, Chicago, Minneapolis, and Birmingham), participants underwent a baseline examination and 6 follow-up examinations, with 69% retention at year 20. Pulmonary function testing was performed at years 0, 2, 5, 10, and 20. For this investigation, we included all visits for which pulmonary function, smoking behavior, secondhand smoke exposure, height, and waist circumference were available. – SOURCE

For cannabis smokers, they calculated it at least “1 joint per day” which came out to about 365 joints per year. Of course, these variables also fluctuated a bit, but this allowed the researchers to establish a baseline for their studies.

Once more, instead of me trying to explain how they did it;

Study outcomes were forced expiratory volume in the first second of expiration (FEV1) and forced vital capacity (FVC) measured by forced spirometry. These were collected using a Collins Survey 8-L water-sealed spirometer and an Eagle II microprocessor (years 0, 2, 5, and 10) and then an OMI rolling seal spirometer (year 20). A comparability study performed among 25 participants demonstrated an average difference of less than 1% for both measurements. Standard quality control and testing procedures were maintained according to established guidelines

Essentially, they utilized these tools and did tests on participants a different stages.

Interesting to say the least. But what does it have to do with pulmonary function?

Let’s take a look at what they had to say about Tobacco Consumption;

Basically, what they found was what was expected. As people continued to smoke tobacco, their ability to exert oxygen diminished over time. However, this was different than cannabis smoke;

They basically found that there was no reduction in pulmonary function when it came to moderate to low cannabis consumption. For people who smoke only occasionally, there is no real impact on how well their lungs function.

With up to 7 joint-years of lifetime exposure (eg, 1 joint/d for 7 years or 1 joint/wk for 49 years), we found no evidence that increasing exposure to marijuana adversely affects pulmonary function. This association, however, was nonlinear: at higher exposure levels, we found a leveling off or even a reversal in this association, especially for FEV1. Although our sample contained insufficient numbers of heavy users to confirm a detrimental effect of very heavy marijuana use on pulmonary function, our findings suggest this possibility.

In other words, for those who are smoking similar to that of tobacco smokers (which by default cannabis users smoke far less than tobacco smokers) – heavy use does suggest there may be some adverse effects.

The good news is if you smoke moderately, your lungs seem to be fine. Of course, smoke will cause inflammation and can cause coughing, but unlike tobacco, cannabis smoke doesn’t seem to negatively affect the lungs when done in moderation.

NO LINK FOUND BETWEEN LUNG CANCER AND SMOKING WEED! 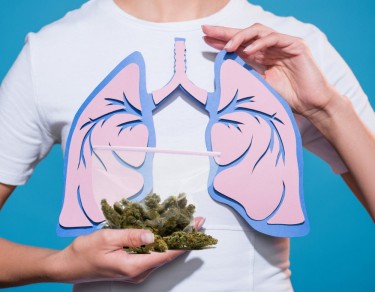 WHAT THE EXPERTS ARE SAYING ABOUT MARIJUANA AND LUNG CANCER!