Wisconsin, The Island of Prohibition, Pushes to Legalize Cannabis, Again. 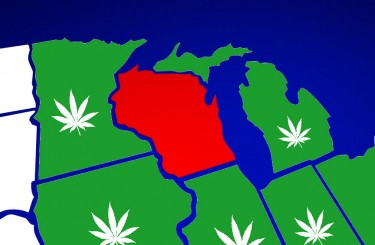 Democrats in the legislative arm of the Wisconsin government have been actively looking for ways to revive the legalization of marijuana in the lone state.

Wisconsin is often referred to as an island of prohibition, this is because it is between states that have approved the use of marijuana for their residents—these states also have individual cannabis markets.

This is not the first, neither is it the second time efforts have been made to legalize cannabis in Wisconsin. In the last eight years, bills have been introduced five times to support the legalization of weed, however, it has always been shut down.

The Island of Prohibition

It’s looking to be another year of Wisconsin holding the title as an Island of prohibition. The States surrounding its borders approve the medical use of marijuana drugs.

To the North, South, and also east of Wisconsin are Illinois and Michigan, both states have legalized the medical and recreational use of marijuana.

Senator Melissa Agard and Her Efforts To Make Cannabis Legal

Once again Senator Agard is making an effort to see marijuana legalized in Wisconsin. For the last eight years, the State senator has introduced different bills for cannabis reforms, none of her proposed bills have advanced to the point of having a public hearing. Still, she remains a strong advocate for cannabis reforms.

Her efforts over the years have fallen flat, it is quite astonishing that she’s trying again.

Earlier this year, Sen Agard began to represent District 16, she has not relented in her efforts directed towards advocating for Wisconsin to join the league of states that have legalized cannabis in the country.

Senator Agard with the backing of other lawmakers has introduced legislation that might finally make marijuana legalized in the state. Some of these lawmakers include  David Bowenz and Mark Spreitzer.

Note that at least 60% of Wisconsin citizens are fully in support of legalizing cannabis policies, and around 80% of these folks support the decriminalization of marijuana use and sales within the state.

The news of the latest legislation was announced by Agard just outside Sunnyside, a South Beloit’s marijuana dispensary. This dispensary is just 1,000ft away from the state line between Wisconsin and Illinois.

In her speech, Sen. Agard said that the latest legislation, if approved, will enable the stage to correct its past wrongdoings. She also shared that a cannabis industry in Wisconsin will present farmers and the agricultural sector with various opportunities in a growing industry.

“Wisconsin can no longer ignore the cannabis industry” stated Agard.

For the bill to advance, Agard implored Wisconsin citizens to call and ask their legislators to sign the legislation, LRB 4361. If most of the local legislators can include their signature and show support for the bill, the bill will be approved.

Implications of the new bill

The state is losing out on millions of dollars and economy-boosting jobs that will help sustain families in the state. The state’s loss is however the gain of the neighboring states. Wisconsin’s inability to legalize cannabis has caused investors to move to states like Minnesota, Illinois, and Michigan.

The new proposed bill has many sponsors within the Democratic party of the state. These senators are sure that by passing this bill, significant economic support will be generated for the state. Agard emphasized this by saying

A projection has shown that an estimate of $165 million will be generated each year from tax revenue if cannabis use and sales are approved in the state.

Senator Agard wrote an op-ed titled “It’s not too late for Wisconsin to lead on marijuana policy” months ago. She has also authored other cannabis-related legislation in the state.

Since 2013, she has been an advocate for marijuana legalization for recreational and medical use in the state. This op-ed was penned down as a way of educating the public on the benefits of cannabis reforms to the state.

In the op-ed, Agard wrote that she wanted to go back to the core reason she believed everyone should support cannabis reforms in the state.

The core reason being that full legalization will help citizens live up to the aspirational words of the state’s founders. “We are all created equal and should be treated as such under the laws of our state. We can lead in these efforts. There is no reason for Wisconsin to be the last state to legalize; we simply must have the political courage to do the right thing,” Agard wrote.

The district of Columbia and 35 states are enjoying the benefits of having cannabis reforms. Wisconsin can also reap these benefits, the bill only has to advance in the legislative and get approved by both the upper and lower Chambers.

Governor Tony Evers proposed including marijuana legalization in the 2021-2023 biennial budget. This implies that if this budget is approved, $80 million out of the total $165 million state revenue would be directed into the community reinvestment fund.

The community reinvestment funds are used to support disadvantaged communities that have been/and are still harmed by the war on drugs. The outdated laws used to oppose cannabis use and sales have more or less worsened racial inequality in Wisconsin.

This inequality is evident, especially when you visit the jails and prisons in the state.

Governor Evans says that the best step to take would be to regulate marijuana products like alcohol.

Legalizing and taxing marijuana in the state will guarantee that only safe products are used and sold for medical and recreational purposes. Marijuana legalization will also create a controlled and regulated market that will enable the government to reinvest more in all communities in a bid to create a state environment where everyone is treated equally. 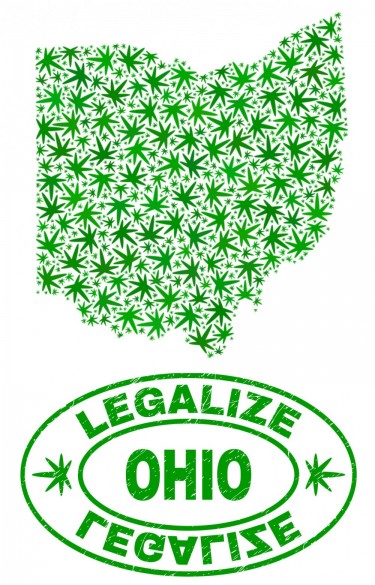 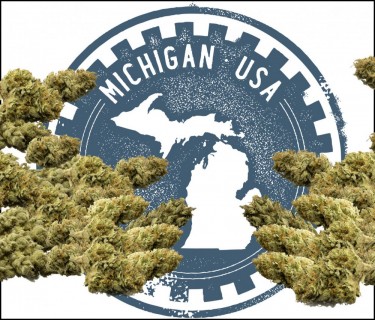 510 vape cartridges to enjoy Labour Day, without the work