Why is the Oncology World So Excited about New Medical Marijuana Studies? 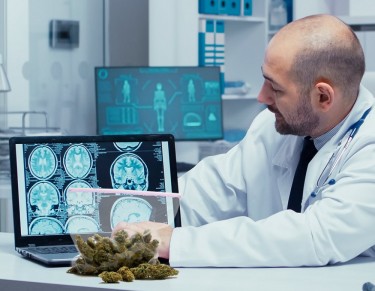 Oncology refers to the branch of medical science that focuses on diagnosing, preventing, studying, and treating cancer. Now for cannabis to be considered the next innovation in such a life-changing field only confirms that marijuana is indeed the future.

The medical marijuana market has steadily exploded over the last ten years, and now it is on the verge of a significant revolution in non-other than the oncology department. So how did cannabis get to such a transformative moment?

Yes, the answer is in research!! Cannabis is known for its therapeutic and healing properties, and this has been a fact since 500BC. But recently, a lot of research was devoted to studying these properties as experts believed there was more to cannabis than the world ever knew.

Research sparked a wave of interest in how cannabis eases pain in several parts of the body. This move also enabled the increasing number of legalization stories across states and countries. Eventually, marijuana started to gain new grounds as several animal tests confirmed its effectiveness on several ailments.

Cannabis became medically available in some states and countries for patients going through chemotherapy to ease the side effects of radiation. It was also recommended as a treatment option for nausea, severe epilepsy, and muscle stiffness patients. Patients with multiple sclerosis (MS) who had spasms on their bodies also reported that the cannabis treatment aided relief.

From there on, medical marijuana was regularly prescribed worldwide for the treatment of depression, dementia, chronic pain in all body parts, and other conditions. But cancer remains the most problematic illness and the biggest killer of human beings. Yes, marijuana aided relief from side effects caused by chemotherapy but is it possible for it to kill cancer cells.

Many experts in the oncology field now think that cannabis is the missing link between the illness itself and a cure. If cannabis has effective properties for a range of diseases, including cancer-related issues, it may potentially boost the effectiveness of cancer treatments.

The case of Sativex and Glioblastoma

One of the researchers carried out what is now known as the Phase II Aristocrat Study, which focused on the impact of Sativex as a complementary treatment for cancer patient who was also going through chemotherapy. Sativex is an oral spray with cannabidiol (CBD) and tetrahydrocannabinol (THC).

Although Sativex was allowed to be used in 2019 to treat multiple sclerosis, the researchers then discovered that it also contains properties that can help patients dealing with glioblastoma. Now glioblastoma is a kind of aggressive cancer that happens in the spinal cord and brain. The chief investigator, Susan Short, asserted that most of the brain tumors regrew within one year despite radiotherapy, chemotherapy, and surgery.

She went on to say that the data from the lab suggests that some forms of cancer, like glioblastomas, contain receptor proteins for cannabinoids on their cell surfaces. Her team concludes that cannabinoids push out the glioma cells, thus making them stressed and more likely to die. So when chemotherapy is administered with this kind of treatment, it becomes a sure path to dealing with cancer.

In another development, Dr. Stephen Barnhill returned to the oncology field after retiring from a successful career with the sole purpose of studying cannabis as a drug. He says his decision to return to the area was inspired by the fact that he witnessed the positive impact of medical cannabis in curing his mother’s nausea.

Dr. Barnhill’s mother was getting treatment for pancreatic cancer, and her weight had dramatically dropped as she received treatment. He was seeing his mother get better, and that motivated him to get on the medical cannabis for cancer treatment train, making him a foremost physician in the medical cannabis sector. He went on to create a cannabis pharmaceutical company.

Suppose practitioners like Dr. Barnhill are returning to the field just because of the impact of medical cannabis on cancer cells. In that case, more medical experts are considering cannabis as a sustainable solution to killing cancer cells. Most of the time, all the available treatment options for cancer only lengthen the patient’s life by a few years and ultimately dies.

The solution lies in ultimately killing the cancer cells, and thus far, cannabis has shown impressive progress with boosting the side effects caused by cancer treatment. With such a discovery, nations and states should be going all out for it and ensuring that cannabis research becomes a top priority.

Sadly, this isn’t the case, and again, it proves that in some nations, marijuana is still vastly underestimated. But on the bright side, with people like Dr. Barnhill doing the work in the background and information like what is obtainable in this article in circulation, more people will know that medical cannabis is the innovation in oncology.

When more people discover the truth about how medical cannabis can help their parents, spouses, and friends dealing with cancer, the demand for it will increase. Then the true potentials of medical marijuana in the oncology sector will be revealed. What a time to be alive and witness the rise of medical cannabis in the healthcare industry.

The oncology sector is not the only group seeking help from the cannabis plant, but since cancer is such a fast killer, this news has generated a lot of buzz. Now imagine a world where it will be possible for diagnosed cancer patients to regain their strength without their families taken away from them while they feel isolated. That is what oncologists want to see in the future, and with the depth of research done at this time, this dream can come to fruition. 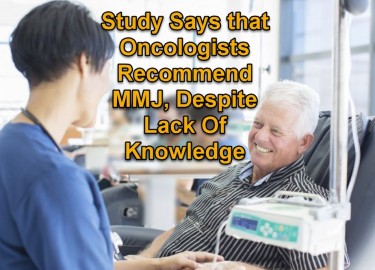 ONCOLOGY LIKES CANNABIS, BUT DOES NOT KNOW MUCH?

LED vs CFL When Growing Marijuana

The best things to do in Boston while high