Baked with Nana and Gramps 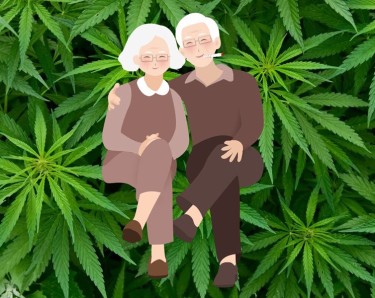 Taking weed and getting high was a thing people used to hide from their families. However, today, cannabis is legal in many states across the country. As a result, people are more open-minded and no longer have to hide cannabis. In fact, new polls conducted discovered that a lot of people are willing to get high with their families.

A recent survey conducted by Azuca, a cannabis edibles brand, found that 60% of respondents are willing to take cannabis with their grandparents. There’s been a continuous increase in the legalization of cannabis all over the country. As a result, the law that evaluates consumers’ habits and attitudes of cannabis use also increase.

As federal legalization comes knocking, the survey tries to raise essential questions. These questions range from cannabis as the future of pain management to consumption at work. The survey also identifies the top cannabis preference in the market.

At the end of the survey, it was discovered that 60% of respondents were willing to take cannabis with their grandparents. Not just that, other key findings from the survey were also found, including the growing popularity of edibles.

Edibles emerged as the top consumption preference in the survey, with more than half of respondents choosing edibles. Most resto respondents prefer edibles such as baked goods and gummies to vaping and smoking.

Also, more than half (53%) of the respondents shared that they’ve improved their consumption of edibles through the pandemic. The survey also brought to light that more than half (54%) would love the effects of their edibles to kick in faster. About two-thirds (62%) of respondents also want edibles with little or no taste of cannabis. The survey also discovered that 17% of the respondents prefer beverages while 13% chose tropical as their preference for cannabinoids.

Other key findings from the survey include;

Over two-thirds (70%) of respondents can tell the differences between CBD and THC. Furthermore, about one-half (45%) of the respondents know about micro-dosing and how to administer it.

More than half of cannabis users (52%) prefer to consume cannabis in the form of gummies. 30% claim they prefer another kind of food or chocolate, while 39% prefer smoking. Also, 22% of cannabis users prefer a vaporizer, 13% choose to use tropical, and 17% use beverages.

Given the survey result, the Americans and Cannabis Consumption Survey confirmed what the Azuca team has always believed for years. The team believes that edibles are the future and fortune of the cannabis industry.

The CEO and President of Azuca, Kim Sanchez Rael, also said a lot about the survey in a press conference. She mentioned that the study also revealed that there’s still the need to educate the general public on cannabis. Talking about the demand for cannabis, she said that the demand continues to grow exponentially. And now is the time that Azuca will bring approachable and sophisticated products that people can trust to the market.

The company’s products are chef-created and  powered by its patent-pending AZUCA TiME INFUSION™ method. The process envelops each cannabinoid molecule to make them “water-friendly” for a controllable and predictable experience. The Azuca technology eliminates all the guesswork from edibles to give a convenient and comfortable experience with its edible sugar infused with hemp.

There’s no doubt that the federal legalization of cannabis would kill off a lot of stereotypes about the herb. And most importantly, researchers would have full and federal backing to explore the analgesics features of cannabis.

This survey gives an idea of what the future would be as a country that embraces cannabis. Indeed, it is something to anticipate—a future of proper pain management, relaxation, and recreation.

GRANDMA AND GRANDPA WEED, READ THESE.. 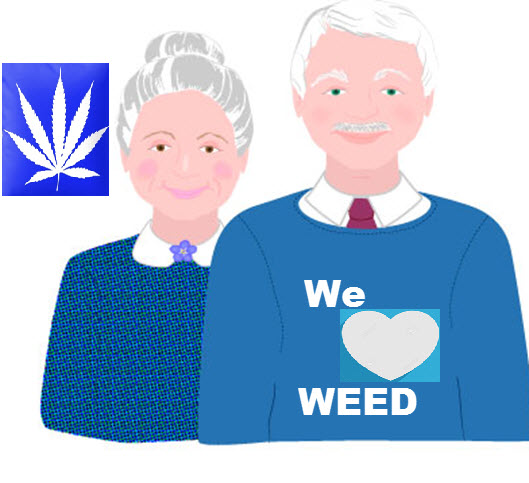 MEDICAL MARIJUANA FOR THE ELDERLY, WHAT YOU CAN AND CAN’T DO!

IS IT TIME TO GET GRANDMA AND GRANDPA SOME WEED? READ HERE!