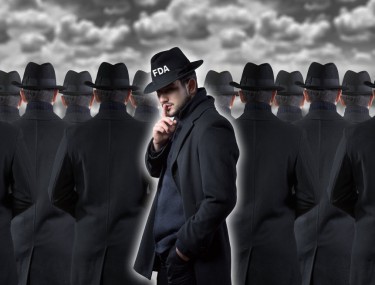 If there’s one thing you can say about the avid cannabis smoker is that they do love their conspiracies. Now – let me get something straight about conspiracies…they do happen.

There’s this idea that if you’re a “conspiracy theorist”, you’re some kind of whack job, but I think it was Eric Weinstein who said it best on Lex Fridman’s podcast,

“No, I don’t believe you…I don’t believe that after COINTELPRO, Operation Paperclip, Operation Mockingbird, uh…I don’t even know if I should bring up REX84. To NOT believe in conspiracies is an idiocy.” – Eric Weinstein

However, with all conspiracies – some are more difficult to prove and others might simply be works of fiction or counter-propaganda.

After all, “The Russians are out to get ya!”

Cannabis users who know something about the origins of cannabis prohibition also know of the great Anslinger-Hearst-DuPont conspiracy to tarnish the good name of cannabis. This was reported recently in a 2020 study on the effect of Racism on Cannabis Research,

“Even putting economic interests aside, Hearst and Mellon were at the center of a vicious anticannabis campaign based on racism, sensationalism, and social control of racial minorities. Racism and sensationalism are strong allegations, but consider the roles of Hearst, Mellon, and Harry Anslinger.”

And then again later commenting on the 1971 War on Drugs Conspiracy where Nixon placed cannabis on the CSA because he wanted to legally be able to harass anti-war protestors and African Americans under the guise of drugs;

“John Erlichman, a senior advisor to Nixon, was later quoted as saying “We knew we couldn’t make it illegal to be either against the war or black, but by getting the public to associate the hippies with marijuana and blacks with heroin, and then criminalizing both heavily, we could disrupt those communities. We could arrest their leaders, raid their homes, break up their meetings, and vilify them night after night on the evening news. Did we know we were lying about the drugs? Of course we did.”

The cannabis rabbit hole is deep and if you ever decide to truly uncover the truth behind the illegality of weed – you too will be open to the idea that “conspiracies exist!”

Which brings us to a Reddit Post I stumbled upon while doing some research on weed. The title read;

“So the FDA Can Approve the Vaccine and not Cannabis”

It seemed that more than a thousand people agreed and soon the conversation started.

Booyatribe funk said, “The FDA have managed to lose whatever credibility they may have. It’s like going to IGN for an honest gaming review.”

However, it’s important to understand that the FDA is simply one component and that the vaccine approval process is completely different that working with schedule I drugs.

This isn’t to say the FDA isn’t a joke.

They have notoriously “approved” many drugs, which that were later recalled for numerous negative health outcomes. And let’s not forget where most of their money comes from – Big Pharma! Yet for some reason people still continue to put their trust in an organization that “may” have good intentions, but in most likeliness is catering to the whims of big pharma.

After all, the pharmaceutical industry spent $3.48 billion dollars on lobbying in 2020. Some interesting facts to note include;

So of course, when you have billions of dollars invested in Vaccine Revenue – you can ask your good ol pals at the FDA to approve all kinds of drugs. However, while the cannabis industry has seen a rise in lobbying activities it paled in comparison to that of Pharma. The cannabis industry a few million dollars and may have had some endorsement from Big Tech – but it still doesn’t make a dent in the purchasing power of Big Pharma.

The main question remains, “Is this a conspiracy to take away your rights or is it to make an absurd amount of money?”

Some of the cannabis users are leaning more towards the idea of “taking away your rights” as was expressed by DKinives;

“They are not just attacking rights though. They are attacking our jobs and livelihoods. Soon it will be highly difficult to provide for your family if you are unvaccinated in a world where workers are already short staffed. And they think its legal, logically, and perfectly okay. I fear for our country’s future, just like I did when Trump was in office… The joys of being a moderate. The country is going to hell and you can’t do shit about it.”

However, others were convinced that the reason why it’s still not “approved” is because Pharma and big corporations need to get their hands on it first;

I’ve read about this. Basically a few scientists are trying to document different weed genomes and putting them in public domain so big business can’t patent them and own 100% rights to them. It’s a smart way to fight them and definitely playing a role in why it isn’t legal everywhere yet.

IDK why these asshole companies don’t just give up already and just start growing w/e and selling it. Nope, they gotta own all rights to it 100% like lawsuits against other people/companies is apart of their money making plan.

Money or power – these are the two root causes of all great conspiracies. In a day and age where the mere mention of the word Conspiracy can make you feel ostracized and belittled – the truth of the matter is that “Private Interests” do meet in “private meetings” and make “private deals”. When you have an industry paying Billions of dollars to the government for legal favors – to ignore the possibility of conspiracy is actually detrimental to your wellbeing.

WHY IS THE FDA CRACKING DOWN ON CBD NOW? CLICK HERE! 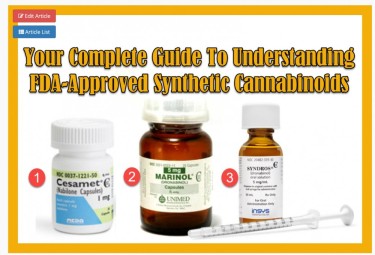 WHAT ARE THE FDA APPROVED CANNABINOIDS (LAB MADE), CLICK HERE!

How to get hired as a budtender