How Effective is CBG for Pain Relief? 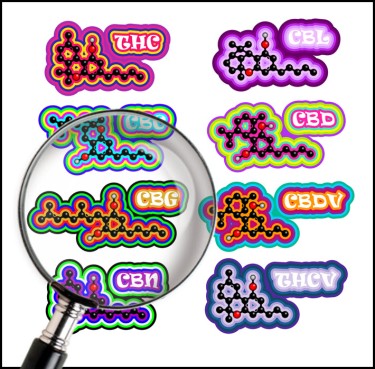 Pain is a common symptom in almost all disease conditions in the world.  Since the dawn of civilization, medical workers have looked for ways to effectively manage pain, and they were able to find some. But, the quest is still on for better treatments to relieve pains.

The widespread acceptance of cannabis, as well as the new legislation supporting the drug’s use, has paved a way for scientists to discover what compounds make cannabis an effective therapeutic. Now, the world has learned that most cannabinoids are responsible for the medical abilities of cannabis.

The recent clinical studies and experiments being carried out on cannabis plants have revealed that one of its minor cannabinoids can be a better and more effective treatment for pain. This compound is Cannabigerol (CBG).

Compared to tetrahydrocannabinol (THC) and cannabidiol (CBD), Cannabigerol is a fairly ignored compound. There is a lesser demand for it and like other minor cannabinoids, phytochemicals, and terpenes, very little research has been carried out on it.

To meet the demand for THC and CBD cannabis products, breeders have pushed aside the notion of trying to improve the other compounds that make up the plant. Growers are also focused on primarily cultivating cannabis plants for their THC and CBD contents.

Studies have shown that CBG may be a better treatment to provide pain relief, calm and balance in medical marijuana patients. But, just how effective can this compound be?

What is Cannabigerol (CBG)?

Cannabigerol, commonly called CBG, is a minor cannabinoid that is non-psychoactive. It can be found in large concentrations in High-CBD and Low-THC cannabis strains like hemp.

The distinction between CBG and other minor cannabinoids is that Cannabigerol is the main producer of THC and CBD. This may sound confusing, but the explanation is that all cannabinoids were formed from their acidic precursors. In this case, CBGA (the acidic precursor of CBG) is produced in extreme amounts in cannabis plants, however, as the plant matures, most of it is converted to THCA and CBDA (both are acidic precursors of THC and CBD respectively). A very little amount of CBGA is converted to CBG. For this very reason, CBG is commonly referred to as the mother of all cannabinoids.

Like other cannabinoids, CBG binds with the cannabinoid receptors in the brain to elicit therapeutic responses. Rather than induce a psychoactive reaction in the user like THC does, CBG works instead to reduce the psychoactive effects brought about by THC. For example, when a cannabis user consumes products with higher levels of THC, it works to ease the induced paranoia or stress.

Scientists claim that cannabigerol has the capabilities to fight pain, nausea, inflammation, and even has anti-cancerous properties. Clinical studies show that the compound was effective against glaucoma, as it was observed to significantly lower intraocular eye pressure associated with the condition. With CBG, conditions like Crohn’s disease, inflammatory bowel disease, and cancer can be managed effectively.

This rare cannabinoid has shown potential in treating a host of symptoms and disease conditions. Some of the symptoms it has shown effective in providing relief include

As stated earlier, cannabigerol is a rare and versatile cannabinoid that has the potential of managing a bunch of ailments, and a handful of studies have been published to corroborate these claims. When ingested, CBG is immediately broken down in the body to THC, CBD, and CBD compounds.

Exploring the Relationship between Cannabigerol and Pain

A recent experiment studies the connection between chronic pain and cannabigerol. Patients who identify as frequency consumers of high-CBG products volunteered in numbers for the survey/study.

The researchers reported that this was the first clinical study in the use of cannabigerol. The survey documented the effectiveness of high-CBG cannabis in treating depression, chronic pain, anxiety, and insomnia. Over half of the volunteers reported that the drug was more efficenting than traditional pharmacotherapy. They also noted that there was a mild adverse effect that occurred. In addition to this, some respondents claim they had issues trying to withdraw from the products.

At the end of the survey, the researchers established that high-CBD cannabis and by-products are available in some dispensaries and are being sold in high numbers by cannabis patients. They also added that there is a need for more controlled trials of CBG-based cannabis medications to be precisely studied. More tests and research will assess the efficacy and safety of using CBG to treat symptoms like pain and stress. Researchers will also be able to establish a standard dosage for administration as well as the therapeutic implications of using the drug.

CBG or THC: Which is a better pain reliever?

It is still too early to conclude on the best pain reliever. But, studies are being done to determine which is.

In the early 2000s, multiple clinical kinds of research were carried out to test the effectiveness of THC in relieving pain. Several of these studies reported that THC has more anti-inflammatory qualities than regular aspirin and hydrocortisone. It was also found to not pose the same risks of bleeding as observed in NSAIDs.

The downside of THC is that it is a psychoactive drug, and as such might make it difficult for patients to adapt without the risk of addiction.

On the other hand, CBG and CBD which are non-intoxicating cannabis components may be better options. A 2017 research observed that CBG has even more potent anesthetic quantities than THC. Another study which was published in the 1970s stated that CBG could be used for conditions like chronic pain, as analgesics, seizures as muscle relaxants, and anxiety disorders.

Cannabigerol shows great promise as a potential analgesic to manage pain in some medical conditions. Before it can be approved for clinical use, long-term clinical studies have to be carried out to fully observe the potentials of the compound. There are at least a dozen other minor cannabinoids that have also shown therapeutic potential. Some of them are CBC, THCV, and CBN. This shows that cannabinoids research has to progress from this limiting infant stage.

WHAT IS CBG, READ THESE… 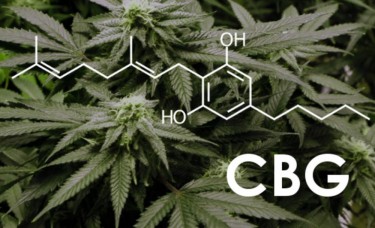 WHAT IS THE CBG CANNABINOID AND WHAT DOES IT DO? 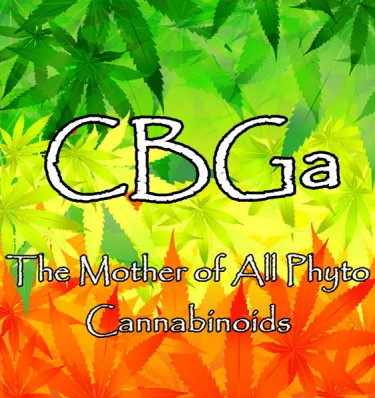 WHY IS CBGa THE MOTHER OF ALL PHYTO CANNABINOIDS?

Give your pets the LUXEARI they deserve with Pet Drops

The Roll-up #215: Halloweed special: Origin of the ‘poisoned candy’ myth