Will Pakistan Join the Hemp and Cannabis Green Rush By the End of 2022? 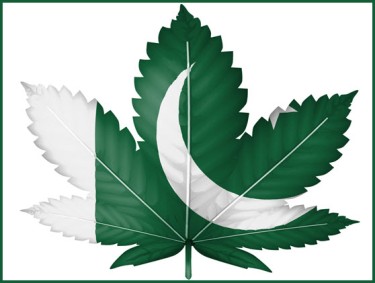 New information about a country or state preparing to make favorable laws for the cannabis industry sparks a wave of excitement for cannabis enthusiasts. Why is this such motivating news? It is because we already know that cannabis has more to offer the health sector than how it is currently utilized now.

We also know that criminalization and a lack of legalization is the stumbling block holding people back from experiencing the bliss that marijuana offers through relief from specific health challenges. More so, when such news on cannabis reform steams from a conservative nation like Pakistan, then it poses another opportunity to ask the American government, ‘What are you waiting for to legalize marijuana at the federal level?”

The Pakistani Vow to Move Forward on Legalization

Pakistan has now joined the long list of countries succumbing to marijuana legalization that seems to be gripping many nations lately. Some experts believe that these nations have been waking up to their missed opportunities with cannabis for the past 10 years. At the same time, others believe that the countries are only seeking ways to make money from cannabis revenue after being hit by the negative impact of the COVID-19 pandemic.

Regardless of their reasons, we are conscious that there is a wave of marijuana reform happening at a rapid pace than it has happened before. So as the world is working to attain a pandemic-free future, nations are starting to ask ‘What can cannabis do for us, economically and medically?”

In a recent meeting of its National Assembly’s Committee on Science and Technology, Shibil Faraz, the Pakistani Minister of Science and Technology, touched on the worth of the global marijuana market within a few years and the role of Pakistan is keen on playing in it.  Beyond this, the Pakistani government is poised to start cultivating hemp at the industrial level. Initially, the supplies will be shipped into the country with greenhouses constructed in different parts from Islamabad to Lahore and Karachi. Hemp production has also been legal in the country since September 2020 (for medical and health uses).

Pakistan is being proactive with there move as already, experiments on cannabis oil have begun (just like Germany is currently doing), and the government is set to approve four sites for the growth of cannabis. The government also plans to ensure tight control of the process, so the materials are not exported except based on the mandate of strict global control apparatuses. So the Pakistani government has done its homework, and it is evident that it is set to formalize the process through a legislative framework by the end of 2021.

A Brief History of Marijuana in Pakistan

The recent move by the government of Pakistan is one based on the influence of modern global marijuana reforms happening in different countries. But in addition to this worldwide moment, cannabis has a long and rich history in Pakistan and even in India (Pakistan separated from India to become a country at the end of WWII).

Hashish is consumed in its smoked (charas) and liquid (bhang) forms. In the 1980s, there were criminal laws against substances like marijuana, which was because of pressure from former U.S President Ronald Regan. Since Regan’s influence to be hostile towards cannabis, the politicians in Pakistan have not changed their stance on the substance even in the face of overwhelming proof and research that it aids relief from certain conditions.

Some of the politicians holding on to old beliefs even argue that cannabis is against their Muslim beliefs. This is because the use of marijuana was documented in early and historic Sufi and Hindu texts. Sufis use the drug to date as a part of their religious worship, and they believe that it provides relaxation and opens the mind.

In the 1960s and 1970s, Pakistan was an exciting place to stop on the ‘Hippie highway,” even the hashish market in Peshawar, which is why many popular strains originated from there. The marijuana grown in that part of the world has an outstanding purple and grey color and can be very long when grown. Currently, Pakistan is ahead of India in terms of formalizing its marijuana market.

Experts already predict that India will follow Pakistan’s lead which means other countries in the Middle East and beyond who have been holding back may give it a go. This is incredible news for the global marijuana market. The more countries positively reform their cannabis laws, the easier it becomes for marijuana to become accessible to more people who need it.

Why is This New Development Exciting?

This news is highly intriguing because Pakistan has an abundance of landrace strains of marijuana, and this is the kind of cannabis that grows naturally in the wild. This also means that the strains are stable and the plants will have heightened quality, matching the standard across the world.

Pakistan is thus set to become a valuable exporter of these potent cannabis strains to the rest of the world. The seeds are useful to export materials, and since the seeds are already on the planning board, they are set to boost production near Rawat.

There are also different ways through which cannabis plants can be utilized, and it is evident that Pakistan is seeking to explore ALL of these avenues. When cannabis is native to an area, it can be a sustainable crop as it aids the economic development of its host country, which is beneficial to both devoted and emerging markets.

Pakistan is no longer holding back from joining the global cannabis discourse, and this is a positive sign that its neighboring countries may also be set to make the same move. Cannabis is once again making headlines in a country that many experts least expected it to thrive. Pakistan is leaping into a bright future for its marijuana industry, and it is bound to succeed. Keep a close ear for news on the official announcement at the end of the year and watch how other highly conservative nations follow suit. 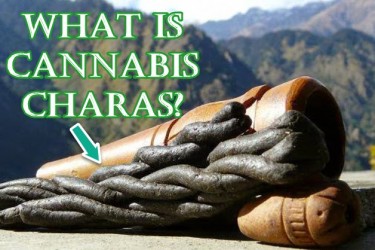 WHAT ARE MARIJUANA CHARAS, AN INDIAN PRODUCT, READ THIS! 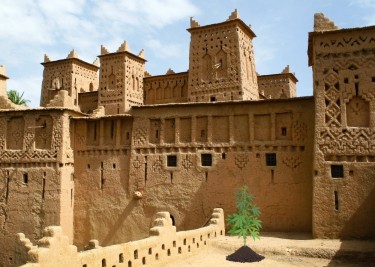 Cannabis harvest 2021 in US farmers’ own words