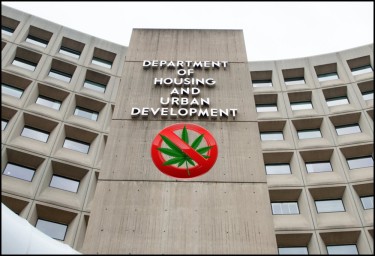 Recently, a Congresswoman sent a letter to the Department of Housing and Urban Development to encourage them to allow people to use public housing despite their cannabis use – especially in states where use is legal.

Rep. Eleanor Holmes Norton, the congresswoman who sent the letter, hopes that this would help people seeking public housing the freedom to consume a legal commodity in their state and still have shelter from the elements. Unfortunately, HUD Sec. Marcia Fudge – a Biden Appointee – responded in a letter which Norton released to the Public.

Unfortunately for people seeking public housing – it seems that the Biden Administration is going full “Soup Nazi” on the whole cannabis thing – despite them claiming that they are progressively working to reform cannabis laws.

The Department of Housing and Urban Development denies anyone who uses marijuana to live in assisted living facilities – even if it is for medical cannabis.

The problem with this position is that it seems to directly contradict all of the alleged “promises” made by the Biden Administration and seems to double down on the status quo. Of course, some people would say, “Well – it is the law!” however, that is an excuse that within the current political climate won’t go far.

There is no scientific evidence to suggest that cannabis has any impact on the moral nature of a user and to deny assisted living simply because of use seems to be arbitrary at best. Nonetheless, let’s take a closer look at the letter published by Norton.

Understanding the Spirit of the Letter

The HUD referred to the following statute as the reason why they “can’t” comply;

In other words, because cannabis is a federally prohibited drug, they are not able to do anything about it. They say that unless the law changes, they do not have the “discretion” to admit users of marijuana, including those using it for medical purposes.

Norton expressed her disapproval of this response by saying;

“Americans are continually evolving on the issue of marijuana use, with rapidly increasing in support,” the congresswoman said. “This response shows even more why Congress should enact my bill that would permit marijuana use in federally assisted housing in compliance with state law.”

Activists are also disappointed that the federal government is relying on a seven-year old statute that is more of a guidance as opposed to a “rules”. Justin Strekel, the political director of NORML had the following to say on the issue;

“It is a travesty that the Biden administration would prioritize process over people when it comes to a fundamental need such as housing for those who consume cannabis,” Justin Strekal, political director of NORML, told Marijuana Moment. “With millions and millions of registered medical marijuana patients around the country, disproportionally among them veterans, action must be taken to respect the dignity of our fellow citizens.”

Why banning substances from public housing is counter productive

The idea behind the ban is to deter people from using drugs. However, people who are typically living on the streets suffer from one addiction or another. You can see in California – the home of the homeless – many people opt out of public housing for the mere fact that drug use and curfews are in place.

People who are suffering and living on the streets, have a high chance of consuming illicit drugs. Whether it’s trying to cope with the misery of living on the streets or a form of self-medication, to ban people from public housing doesn’t make them stop consuming drugs. It simply makes life more difficult for them.

Now I know some of you may be thinking, “Reginald, are we really going to pay for people doing drugs and living in public housing?” of which I would respond, “YES!”

Whether someone does drugs or not is irrelevant. Most people living on the streets are there for a few core reasons;

I know – because for six months I traveled California in a van hanging out with the homeless and getting to know them. They don’t need to be “saved from drugs” as much as they need a “leg up”.

In Switzerland, they had a problem with heroin a few years back. Their solution was to provide free clinics where addicts could get their drugs without any requirement. They could get public housing and never were told to quit or go into any type of program.

Some thought that this would encourage people to consume more drugs but the truth is that it had the opposite effect. Fewer people started doing heroin and the median age of an addict rose to the mid-thirties. In other words, new addicts stopped showing up.

Because most people who live on the street or who are hooked on drugs need stability and purpose. They don’t need the government telling them what they can and cannot consume. If you were to give them the opportunity to choose a better life – 9/10 times people choose to pull though and make something of their life.

Why? Because people don’t “want” to do heroin…they do it because they are hooked and have no other choice.

Of course, weed is not heroin but that’s the point – weed is so benign compared to the other drugs on the market that to deny people public housing is simply a declaration on how “out of touch” you truly are when it comes to modern society.

I’m trying to hold my punches on the Biden Administration – however, they are pretty much digging their own grave at this point. The Democrats seem that they have lost touch with the common person in America and hopefully after the previous administration and the current one – America is ready for a third party! 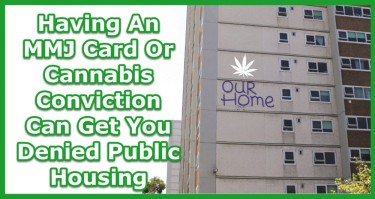 WHY AN MMJ CARD CAN BE PROBLEMS IN PUBLIC HOUSING? 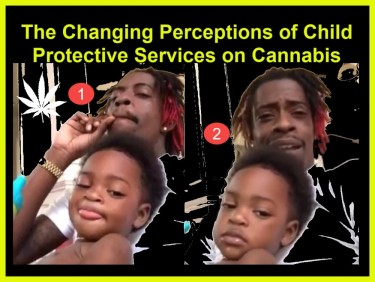 Meet high expectations with these holiday gifts from Pure Sunfarms